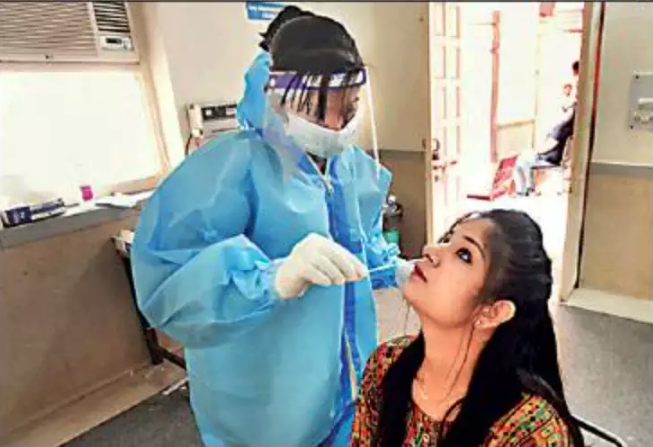 Weekly Covid-19 cases in the country fell by 4% after having registered a 7.5% spike last week, mainly due to a steep decline in cases in several northeastern states.

India recorded over 2.74 lakh cases during the week ended Sunday (August 2-8), registering a 4.2% decline from previous week, when the case count was 2.86 lakh. That week (July 26-August 1), fresh cases in the country had risen for the first time in 12 weeks on the back of a 27% surge in Kerala and smaller increases in Karnataka and a few states in the northeast.

In the current week, Kerala cases showed signs of plateauing, with a marginal 1% increase over the previous week. In absolute numbers, the state reported over 1.41 lakh cases, its highest weekly count since the last week of May. It accounted for over 51% of all new cases reported during the week.
The drop in weekly cases was mainly because of a decline in fresh infections in the northeast, with Sikkim reporting a fall of 43%, Tripura 32%, Arunachal Pradesh 26%, Manipur 25% and Mizoram 22%. Deaths during the week fell to 3,540, the lowest weekly toll in India since beginning of April. 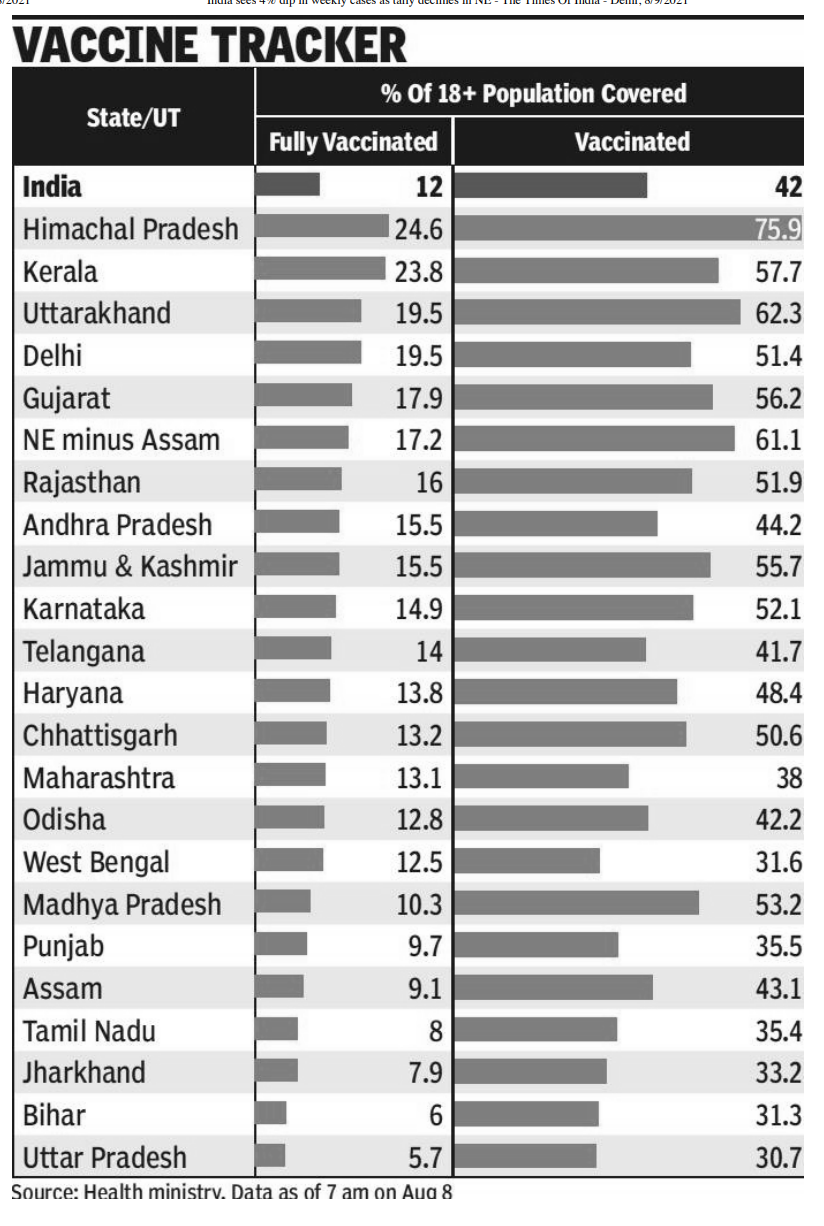