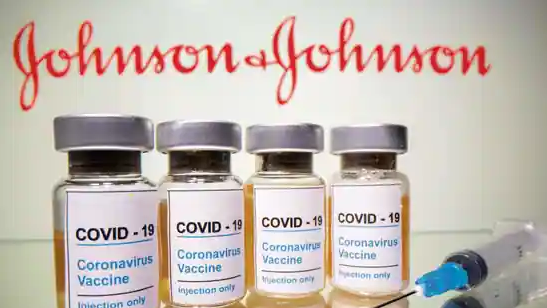 New Delhi : India will manufacture the US-developed Johnson & Johnson’s single-dose Covid shot as part of the first Quad vaccine initiative. The project will be financed by Japan and the US, while Australia will use its logistics capability to ship the vaccines to Southeast Asia and Pacific countries.

This will be a notable takeaway from Friday’s first ever Quad summit between Prime Minister Narendra Modi, US President Joe Biden, Japanese PM Yoshihide Suga and Australian PM Scott Morrison that will serve to emphasise India’s strength in the pharma sector and mesh with its current initiatives to provide vaccines to dozens of countries.

The discussion is one of the earliest multilateral summits by the new Biden administration (he has only held a G-7 virtual meeting) and emphasises growing strategic convergence between the Quad countries on countering China’s expansionist policies in the security and economic domains.

While the maritime concerns remain the bedrock of security cooperation among the four nations, the summit will send a more evolved message to the Indo-Pacific region. The sentiment that powered the first Quad response to the 2004 tsunami is being resurrected — that democracies joining hands to secure and promote certain values and provide assistance is preferable to authoritarian regimes in a region with countries lacking the power to push back against a power like China.

The other takeaway may be in the area of technology as well as climate change — with all four countries diversifying from China, there will be efforts to create reliable and trusted technology and manufacturing chains — from joint development of 5G networks to fabricating semi-conductors. Biden has made climate change a major part of his foreign policy and a coordinated approach by the Quad members is likely to emerge.

“Our role in the Quad vaccine initiative will project and reinforce India’s credentials as a trusted, reliable manufacturer and supplier of quality vaccines. It will strengthen India’s standing as the ‘pharmacy of the world’, a critical node in global health supply chains, and as a selfless contributor to global health security,” a source here said.

There is already pushback from China and Russia on the Quad, with Chinese commentators describing it as an “Asian NATO”.  Sources here say there is no such bureaucracy under consideration and plans are to keep the Quad flexible, making it easier to address and respond to emerging global challenges. The vision of the grouping could look beyond the Indo-Pacific and the vaccine initiative itself could be a start, sources say.

The current avatar of the Quad began in 2017, in the aftermath of the Doklam crisis between India and China. The 2020 standoff between India and China in eastern Ladakh has only deepened India’s determination on both Indo-Pacific and the Quad. For the first time in 2020, India invited Australia to join the Malabar naval exercises, which cemented the security cooperation of the Quad.

Last year also saw significant pressures from China on all the Quad members — India in Ladakh, Japan in Senkaku Islands and East China Sea and Australia with the trade measures by Beijing.
The US-China rivalry that has been building, reached a point of no return with the tech and trade barriers erected by the Trump administration and largely continued by Biden. All four countries have barred China from their 5G networks. India this week announced it would have a list of “trusted sources” for telecom equipment imports that will effectively keep China out. An emerging tech alliance between the Quad countries could potentially be a counter to China.

Foreign minister S Jaishankar travelled to Tokyo for the second foreign ministers’ meeting on October 6, while the third was held virtually in February.

Last week, speaking in Washington, India’s ambassador Taranjit Singh Sandhu said the Quad is more than just a security mechanism. Rather, he said, the arrangement — not a coalition, not a partnership, not an alliance — has larger goals. “There is a positive agenda here,” he said. “When the Quad foreign ministers had their interaction… there was a broader touch on being political democracies, market economies, pluralistic societies, and that they will work together on those issues besides a rulesbased international order.”