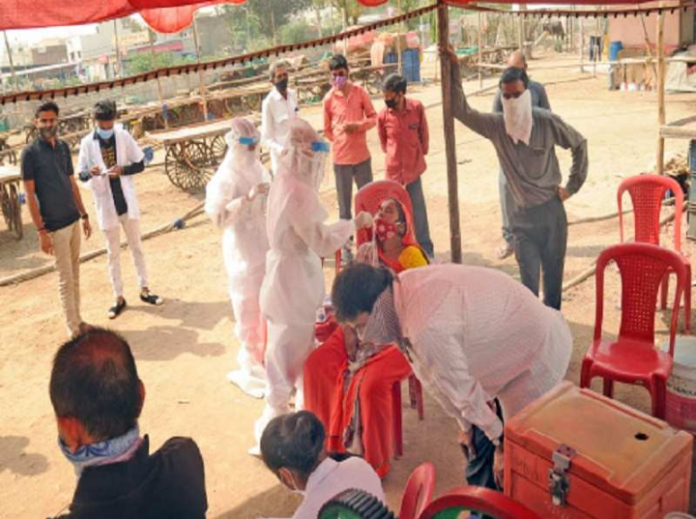 NEW DELHI: For the fourth consecutive day, more than 40,000 fresh cases were reported in the country and the steady increase in cases has once again pushed India to become the world’s third-worst affected country in terms of daily cases.

Data compiled by the WHO shows that once again the trio of Brazil, the US and India are leading the world in daily cases. WHO data shows that on March 22, Brazil had reported 79,069 new cases, the highest in the world, followed by the US at 60,228 and India at 46,951. Analysis of daily case data for the past few days shows that India reached the third spot on March 19 and since then it has maintained that position.

India reported 40,622 fresh cases on Monday, with data from Assam yet to arrive till late at night. An analysis of state-wise data shows that the increase in cases was no longer confined to a few states. Despite being a Monday, when cases dip every week, at least nine states reported their highest case count since January or earlier.

So many peaks at the state level suggests that it is highly likely there is a pan-India resurgence of cases.

Deaths too were increasing and the daily toll breached the 200 mark on Sunday.