New Delhi: Besides producing cigarettes to kill lakhs of people every year, ITC, the Indian Cigarette Major, has also invented a lethal ‘weapon’ to kill its bête noire PHFI (Public Health Foundation of India) and other anti tobacco campaign organizations.

The name of the weapon is crass nationalism. ITC has been able to create a perfect smoke screen of nationalism as a veneer for its nefarious end. Nationalism of all hues sham or otherwise being the zeitgeist under present dispensation, ITC (Indian Tobacco Company) has very effectively raised the bogey of national versus foreign companies to earn brownie( brawny too) points against anti tobacco campaigners who angered mighty tobacco lobby by effectively getting intimidating pictorial warning on cigarette packs legislated after a protracted crusade.

Perched on the bandwagon of this bizarre tobacco nationalism, Swadeshi Jagaran Manch (SJM), an affiliate of Hindu nationalist Rashtriya Swayamsevak Sangh (RSS), has again brazenly come out into the open in favour of ITC with flimsy alibi and excuse. 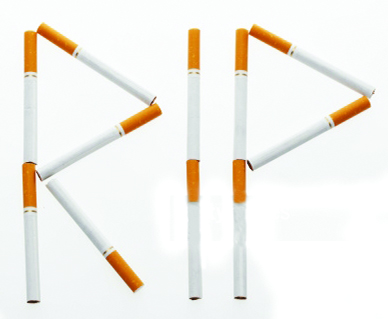 @ashwini_ mahajan@SwedeshiJagaranManch appeals all patriotic citizens to boycott MNCs and use only Indian company products like that of @ITCnews ITC versus Hindustan Unilever. Different tales of their FMCG business—.

@anooBhu surprised to see the open batting for tobacco major ITC, by SJM. Is this reconcilable with other public health positions taken by SJM?  Before I am told that ITC is more than tobacco, I will tell you they are majorly tobacco and their diversity is only secondary and latter business plan.

@ashwani_ mahajan Let me tell there are groups who are batting against ITC and are foreign funded to damage Indian tobacco sector and Beedi manufacturing in the name of health. Don’t you remember PHFI case where it was lobbying with MPs campaigning against tobacco using foreign funding? It is in context of FMCG about which the news item is that Hindustan liver has exceeded that of ITC

@AnooBhu Hi, sir, none of this responds to what I have tweeted. Would be great if you could respond to that: what is SJMs position on tobacco control, especially when Indian tobacco companies are involved ?

@ashwini_ mahajan I am for tobacco control like pictorial warning if it is equitable , however in one of the meetings of Commerce Ministry I was given the impression that this is to promote  illegal import of tobacco products without any pictorial warning, suggesting Indian are bad imported are good.

Joining the twitter debate another twitterati Medical Macroni replied- why should we use ITC products when there are tens of other different Swadeshi brands available. Also when this means surrogate advertising for tobacco that ITC indulges in. What are covert interests of SJM for promoting ITC in this most brazen way?

Then Mahajan relied saying, ‘I have stated again and again why I used ITC as example because it was comparison between HUL and ITC and I stand by that. SJM does not support tobacco business of any entity desi or foreign. Our heart is with Beedi tendu patta workers till they get alternative’.

And look how SJM takes a leaf out ITC book to show its support for the ‘Swadeshi’Tobacco Major? The Swadeshi body has used surrogate route for it. It has raised the veneer of FMCG (Fast Moving Consumer Goods) products of the company while batting for ITC.

Ever since the change of guards at centre, ITC Chairman Y.C. Deveshwar donned swadeshi clothing and played victim of foreign funding to anti tobacco campaign associations. He went to town saying some vested interests are at work to derail Indian brands in favour of foreign ones.

In a press conference in Guntur way back on April 30, 2016, Mr Deveshwar, without mincing words, had flayed India based non- governmental organizations (NGOs) engaged in anti tobacco campaign and imputed on them being egged on by foreign cigarette brands which were being smuggled into India, though he did not name any.

Mr Deveshwar had pointed a finger at US based organizations, whom he accused of funding the Indian anti tobacco lobby, which he said was harming farmers’ interests and indirectly aiding in cigarette smuggling. He had said certain India based NGOs were acting at the behest of foreign funders based in US. When asked if he had any concrete evidence, he had said ‘ITC had passed on some information to the government’, which clearly links ITC to present government actions against PHFI, a PPP NGO effectively engaged in activities promoting health in the country.

As of now, PHFI, widely and globally appreciated for its health promoting activities and policies, has fell on bad days. Its activities have badly shrunk, thanks to scarcity of funds caused by ban on foreign contributions for quite some time. Though it has recently got one time allowance for it, PHFI seems to have lost nerve to again pick up gauntlet with tobacco lobby.