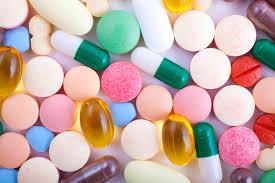 New Delhi :The Central Drugs Standards Control Organisation (CDSCO) is likely to amend the Drugs and Cosmetics Rules to include a provision for regulating brand names. The Drug Technical Advisory Board has discussed the issue at a meeting on November 29.

If the proposal is implemented, pharmaceutical companies will not be able to repeat the same trade names for different drugs, a move aimed at helping consumers avoid confusion. At present, trade names are not controlled by the licensing authority.

Recently, the Union health ministry held a meeting to discuss the issue of brand names and trade names of pharmaceuticals. In the current situation, the firms are free to manufacture and sell different drugs under the same trade names.

According to industry experts, trade names of medicine in India are given irrationally without any bearing and any relevance to the therapeutic class, molecule and disease for which it is to be used. This irrational naming practice of branded medicine in India is confusing to healthcare professionals and patients alike, they say.

There are many look alike, sound alike (LASA) drugs that would result in medication error. These errors may cause harm or even death to patients. According to medical practitioners, scores of medications are involved in such errors.

Last year, the Goa Directorate of Food and Drugs Administration issued an alert over Medzol after the directorate received an email from the office of Drugs Controller General of India highlighting the availability of two different pharmacological categories of drugs being marketed under one brand name – Medzol – to avoid the prescription of the drugs so that dispensing errors at the retail end can be avoided.

Medzol injection is used for conscious sedation, an awake but relaxed state of calmness during a medical test or anesthesia at an ICU. Again, Medzol is also a branded drug – Pantoprazole – used to treat certain stomach and esophagus problems such as acid reflux.