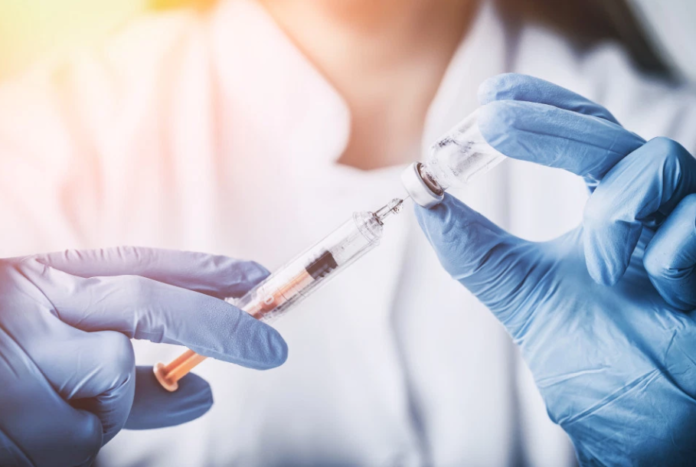 An experimental obesity treatment that involves injecting tiny beads into the arteries of the stomach may help some people lose weight and keep it off for at least a year, according to a new study.

In the study, people who received the treatment, called “bariatric embolization,” lost about 11 percent of their excess weight, or 17 lbs. (7.6 kilograms), on average, after one year.

However, the study was small, involving only 20 participants, and much more research is needed to confirm the procedure’s safety and effectiveness, the authors said.

For the procedure, doctors first use a thin tube called a catheter and thread it through an artery in the wrist or groin to the stomach. Then, they inject the microscopic beads into the catheter, which travel along the tube and partially block the arteries that supply blood to the stomach. This, in turn, is thought to suppress the production of hunger-stimulating hormones, thereby reducing appetite, the researchers said.

The procedure aims to change people’s metabolism in a way that’s similar to what’s seen in people who undergo weight-loss surgery, also known as bariatric surgery. But bariatric embolization is less invasive than bariatric surgery, and it takes patients less time to recover, the researchers said.

During the first month after the procedure, the participants lost, on average, about 8 percent of their excess weight (the amount of weight above their ideal weight) and reported a reduction in feelings of hunger. After the first month, their reports of hunger increased but were still less than they were before the procedure.

After 12 months, participants had lost, on average, 11.5 percent of their excess weight and reported improvements in their quality of life.

There were no serious complications tied to the procedure. Eight patients developed stomach ulcers that didn’t cause any symptoms and healed after three months.

Dr. Arvind Shekhar said it’s unclear whether the weight loss in the participants was due to the placebo effect- one that results from a person’s belief that the treatment is working, rather than any physiological effect of the treatment.

“Anyone enrolled in a [weight loss] trial typically loses a little weight,” regardless of whether they receive the real treatment or a placebo, said Dr. Shekhar, who wasn’t involved with the study. (The new study can’t determine how much weight loss was due to the placebo effect because it didn’t have a placebo group.)

Dr. Shekhar noted that although the study participants lost about 11 percent of their excess weight, their overall weight loss was only around 5 percent, which is “right at the level you’d expect from the placebo effect.”

This research needs to move to “a more definitive trial where they compare it against a placebo group,” Dr. Shekhar told us.

Dr. Neeta Sharma, said the method seemed promising, “but you need a lot more people [in a study] before you’d really know that it’s safe.”

One potential safety concern is that the procedure reduces blood flow too much, which could lead to stomach perforation and leaking, Cunneen said, although this wasn’t reported in the current study.

It’s important to note that bariatric embolization doesn’t lead to as much weight loss as does bariatric surgery, which is tied to weight losses of more than 30 percent.

But the weight loss seen in the study is “well within the range that people generally can achieve with [weight loss] medications,” Dr. Neeta said.

The researchers stress that bariatric embolization isn’t meant to replace bariatric surgery. Instead, it could be used as a supplement to diet and lifestyle changes to help treat obesity, they said.

Dr. Neeta agreed. “Less than 1 percent of the people that qualify for surgery to help them with their weight are [actually getting] surgery … they’re looking for something that’s less invasive and less severe,” Cunneen told us. “This could fill that category.”

Dr. Shekhar added that it would be interesting to see if the procedure does reduce levels of ghrelin, a hormone that stimulates appetite, and if so, how long the effect lasts.The researchers plan to report hormonal changes in a separate study.