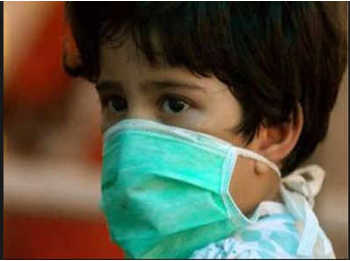 Nashik: The alarming increase in the number of swine flu and dengue cases has created quite a flutter in the civic administration which is appealing to citizens to take necessary precautions to keep the diseases at bay.

The health department of the civic administration has appealed to citizens to wash their hands and wear clean clothes after reaching home. It has also advised that if anyone was suffering fom fever after a cold, they should immediately consult a doctor on the same day.

NMC has also appealed to people to avoid shaking hands, refrain from going to crowded places and consume fruits, juices and water in large quantities. Officials from the civic administration said that the hospitals were equipped with facilities and adequate stock of medicines to treat swine flu patients.

Besides swine flu, there has also been a surge in the number of dengue cases. While 494 patients have tested positive for dengue between January 1 and September 30 this year and one death has been reported, a total of 237 patients had contracted the disease last year during the same period with no deaths.

The civic adminsitration has advised citizens not to store water in open spaces that may act as a harbour for mosquito breeding. Changing the water in flower pots regularly, draining water from coolers, plates kept under flower pots, plastic cups, fridge defrost trays and AC duct are some of the precautionary measures listed by NMC.

The civic body has also advised to discard unwanted items like plastic cups, empty water bottles, tyres, paint boxes where water could accumulate. It further told citizens not to let water accumulate on the terrace, balcony or in the premises of their houses.