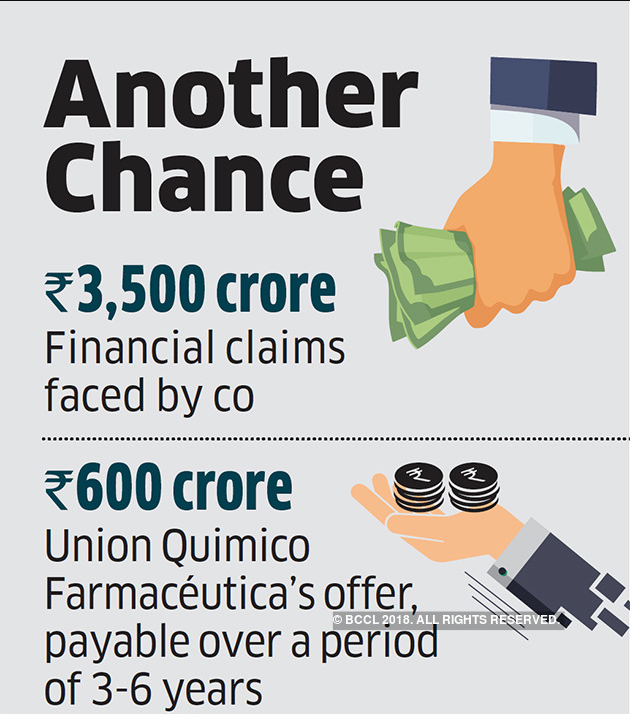 Lenders to bankrupt Orchid Pharma have called for a second round of bidding for the drug maker after they found the offer from the only eligible bidder in the first round — Union Quimico Farmacéutica — to be too low, two senior officials said.

The resolution professional who is in charge of the management of the Chennai-based company has set April 25 as the fresh date for submitting binding bids for the firm, said the officials who requested not to be named.

Two bids in the first round — from Ingen Capital and Fidelity Trading Corporation — were deemed ineligible.

“Although the bid of Union Quimico Farmacéutica was eligible, lenders were not interested since it offered just about Rs 600 crore payable over 3-6 years,” one of the officials said. Union Quimico is a subsidiary of Hyderabad-based Vivimed Labs.

Orchid Pharma, which is facing financial claims of Rs 3,500 crore, was in the second list of 28 companies that the RBI had mandated banks to refer to bankruptcy court by the end of December if lenders are unable restructure the loan.

It exports active pharmaceutical ingredients (APIs) of antibiotics and has two US Food and Drug Administration-approved manufacturing plants. It was referred to bankruptcy court by Lakshmi Vilas Bank in the middle of last year.

The committee of creditors of Orchid Pharma has now authorised the RP to go for a fresh round of bidding.

The RP has indicated that the resolution applicants who participated in the earlier rounds of bidding are also eligible to participate in this round of bidding According to experts, Orchid Pharma’s bankruptcy reflects the state of India’s API manufacturers.

The company had to sell assets to rein in debt. In 2012, it sold its penicillin business to US drug maker Hospira for $200 million. Though Indian drug makers are making their mark in formulation exports, API manufacturers have faced tough competition from Chinese rivals.

Almost 60% of APIs that Indian pharmaceutical companies use to make drugs comes from China. The state of small and medium-size API makers persuaded the government to set up a task force to impose curbs on imports of APIs.