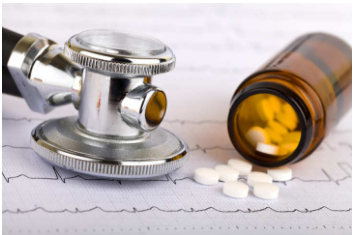 Shares of Orexo closed 30.9 percent higher in Stockholm after the decision by the U.S. Federal Circuit Court of Appeals in Washington, D.C., which handles intellectual property cases. Teva is one of the world’s largest makers of generic drugs.

Lawyers for Orexo and Teva’s Actavis Elizabeth unit did not immediately respond to requests for comment.

Opioids, including prescription painkillers and heroin, played a role in 42,249 U.S. deaths in 2016 according to the U.S. Centers for Disease Control and Prevention.

Orexo sued after the Teva unit applied with the U.S. Food and Drug Administration to market a generic version of Zubsolv.

While both sides agreed that the product covered by Orexo’s patent made it easier to treat opioid abuse, a lower court judge found the patent unenforceable because the ingredients were generally known or easily determined.

But the appeals court said the Teva unit failed to establish by “clear and convincing evidence” that Orexo’s patent claims were “obvious” and should therefore be voided.

“Although the need to reduce this abuse was known, recognizing a need does not render the solution obvious,” Newman wrote.