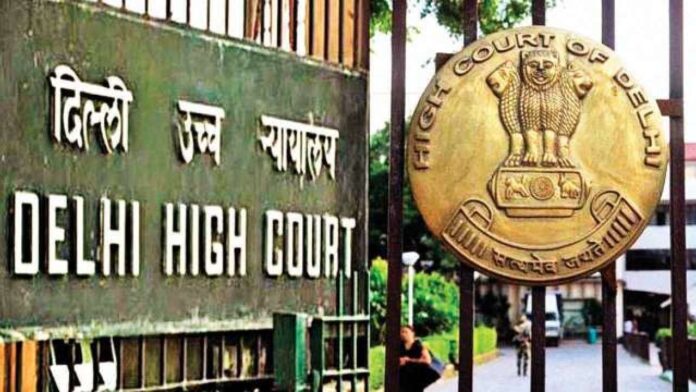 New Delhi : The Pharmacy Council of India (PCI) has filed a Special Leave Petition against a Single Bench order of the Delhi High Court which set aside its communications in 2019 through which a moratorium was imposed on opening of new pharmacy colleges and courses. The Pharmacy Colleges have filed a caveat against the SLP in the Supreme Court.

“Pharmacy Council has approached the Supreme Court with a Special Leave Petition against the Delhi High Court order and we have filed a caveat,” said Sanjay Sharawat, advocate appearing for several of the pharmacy colleges in the matter.

The petitions were filed by the pharmacy colleges challenging the circular of the PCI dated July 17, 2019 and September 9, 2019, by which a moratorium upon opening of new pharmacy colleges for a period of five years commencing from the academic year 2020-21 was imposed.

In an order on March 7, Justice Prateek Jalan set aside both the communications, allowing the writ petitions of a batch of 88 petitions without any order of costs. In another order on March 10, the Court disposed of another around 2,500 petitions citing the order issued on March 7.

During the hearing, the pharmacy colleges argued that the right to establish an educational institution is a fundamental right guaranteed by Article 19(1)(g) of the Constitution of India and such a right cannot be abrogated except in certain conditions. The decisions of the PCI under dispute, are in the nature of an executive action and being policy decisions, are ultra vires the statutory powers of the PCI and cannot be traced to any authority conferred upon it by statute. The basis upon which the PCI has come to the conclusion that a moratorium is required is unsupported by any reasonable factual foundation, they said among other arguments.

The PIC argued that the pharmacy colleges have not made out any factual basis for the relief sought and a moratorium is referral E to the power of the PCI to regulate the pharmacy sector, which is conferred by the Act. The moratorium is not a prohibition, but in the nature of a temporary suspension, which is contemplated within the power to regulate and is supported by ample empirical data, it said. The decision has been duly communicated to the Union of India as well as all state governments and no objections have been raised.

Justice Prateek Jalan, hearing the argument, observed that even if the Union of India has approved the decision, the requirements for inviting comments of state governments, publication in the Official Gazette and laying of the regulations before Parliament as per relevant sections, have admittedly not been fulfilled.

“I do not find any clear power to be conferred by the Act upon the PCI to impose the moratorium by way of a policy decision, unsupported by any authority under the Education Regulations,” said the Judge.

He also put forward his observations, including that the regulator must have sufficient material to support its decisions and correlate the objective of the decision with material before it and the regulator must also show consistency in its approach and analysis of the data. Despite the grounds used to justify the moratorium, the PCI has granted permission for addition of 34,800 seats in exempted institutions in the year 2020-21, it said.

PCI, the statutory body working under the Union ministry of health and family welfare, in its circular dated July 17, 2019 said that during its 106th Central Council meeting a resolution was unanimously passed “to put a moratorium on the opening of new pharmacy colleges for running diploma as well as degree courses in pharmacy for a period of five years beginning from the academic year 2020-21”.

The moratorium shall not be applicable in the North Eastern region of the country where there is a shortage of pharmacy colleges. The decision was taken after the meeting raised concerns about the mushrooming of pharmacy colleges in the country, considering there are around 1,985 D.Pharm and 1,439 B.Pharm institutes in the country. The annual intake of students in these institutes, both D.Pharm and B.Pharm, is 2.19 lakh.

This available workforce is enough to meet the current pharmacist-to-population needs of the country. The rapid increase in the number of pharmacy colleges over the last decade may result in shortage of trained and qualified teaching faculty which may affect the quality of education imparted to students. The pass out students are not getting reasonably paid job opportunities in public as well as in the private sector, said the Circular.

In the Circular issued on September 9, 2019, it added that the moratorium is subject to the conditions including that it will not apply to the government institutions, institutions in the North Eastern region, and to the States/Union Territories where the number of D.Pharm and B.Pharm institutions, combined, is less than 50. Another condition was that the existing approved pharmacy institutions will be allowed to apply for increase in intake capacity as per PCI norms or to start additional pharmacy courses.

The Delhi High Court order observed that the exemptions granted later are also, by their very nature, antithetical to the objectives of the moratorium and they must bear close scrutiny. The exemption granted to the States with less than 50 pharmacy colleges is independent of the size of the State and it bears no correlation to the pharmacist-to-population ratio prevailing in the State or to any other metric which has been used to justify the moratorium in the first place, added the Judgement.