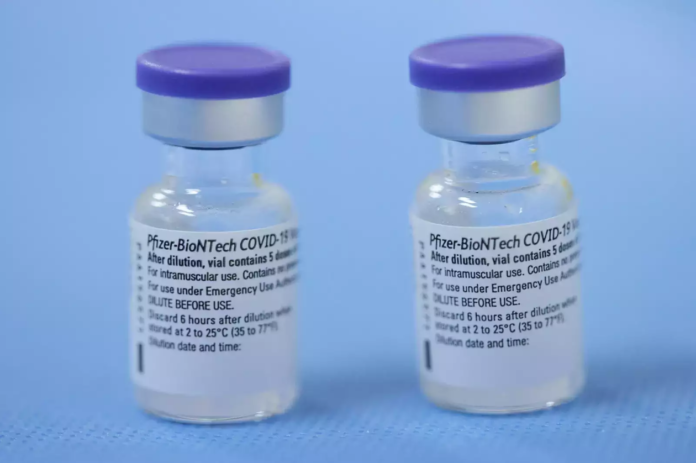 Pfizer and BioNTech announced Thursday they would seek regulatory authorization for a third dose of their Covid-19 vaccine.

It comes after initial data from an ongoing trial showed a third shot pushed antibody levels five to 10 times higher against the original coronavirus strain and the Beta variant, first found in South Africa, compared to the first two doses alone, according to a statement.

“The companies expect to publish more definitive data soon as well as in a peer-reviewed journal and plan to submit the data to the FDA (Food and Drug Administration), EMA (European Medicines Agency) and other regulatory authorities in the coming weeks,” the statement said.

In addition, the companies expect that a third dose will perform similarly well against the highly transmissible Delta strain, which is quickly becoming globally dominant.

Out of caution, the companies are also developing a Delta-specific vaccine, the first batch of which has been manufactured at BioNTech’s facility in Mainz, Germany.

The companies anticipate the clinical studies will begin in August, subject to regulatory approvals.

Based on drop-offs in efficacy seen in Israel after six months, the companies said they believe a third dose may be needed within six to 12 months after full vaccination.

“While protection against severe disease remained high across the full 6 months, a decline in efficacy against symptomatic disease over time and the continued emergence of variants are expected,” the statement said.

The FDA and US Centers for Disease Control and Prevention released a joint statement late Thursday saying authorities were studying “whether or when a booster might be necessary.”

“Americans who have been fully vaccinated do not need a booster shot at this time,” the agencies said. “We are prepared for booster doses if and when the science demonstrates that they are needed.”