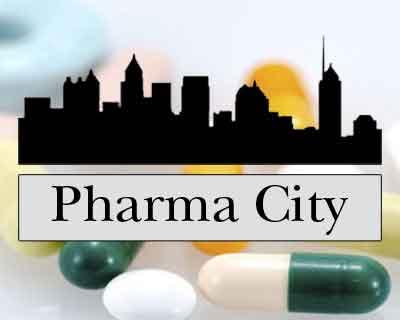 According to the survey, the proposed plan of Pharma City could affect the habitat of rare and endangered plant and animal species, including leopards. Health experts warned planners that it could spell a death knell for endangered flora & fauna.

During a detailed survey of the land that planned to use for Pharma city, health experts revealed that there is a presence of a variety of life forms, particularly raptors (birds of prey).

Pranay Juvvadi, a researcher of the Raptor Conservation Foundation submitted a copy of the survey to the Environment Assessment Committee (EAC), which is seized of the Hyderabad Pharma City project.

This survey reports negates all the claims made in Environment Impact Assessment (EIA) documents submitted to the EAC in support of the Pharma City and the pharma city can become a reason to the death knell for endangered flora, fauna.

Even though government acquired the agricultural fields for the Pharma City but survey proved that the reserve forest blocks of Muddivennu, Kartal and Tippareddipalli are near the proposed Hyderabad Pharma City and will get affected badly by the pharmacy operations. The forest blocks are in fact a continuous extension from the agricultural fields of Mucherla, Kurmidde, Tadiparthi, Pallechelka Tanda, Medipally, Nanak Nagar and Saireddigudem villages.

Most notable species found in these hills are endangered Yellow Throated Bulbul, an IUCN (International Union for Conservation of Nature) Red List species. There are scats that indicate the existence of leopards. The hill range is also a crucial catchment area that feeds many streams and tanks meeting the drinking water needs of people and domestic animals.

Juvvadi said about 20,000 acres of croplands, hills and other open grassland and scrubland falling in the proposed project area will spell a death knell to the forest and agroecological landscape.

While the EIA report has listed white-rumped vultures as “very common”, the fact is that they are Schedule I protected wildlife. Other raptors sighted during the survey include snake eagle, Circaetus gallicus, white-eyed buzzard Butastur teesa, Shikra, black shouldered kite, pallid harrier.

Juvvadi said, EIA report was prepared in a hurry covering a radius of only 10km but claimed that the area is “not very much disaster prone of any kind”. “EPTRI has written such highly misleading and false information in its draft EIA report, which raises questions about its intention,” he alleged.