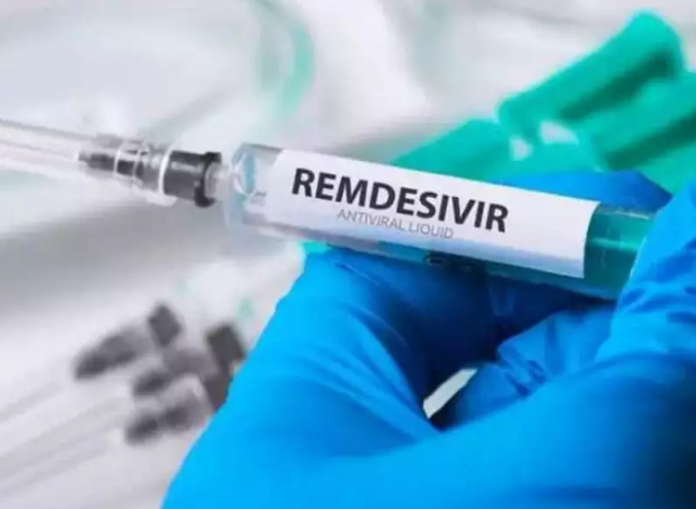 Gurugram : Having exhausted all avenues for procuring remdesivir, a broad-spectrum antiviral drug, 43-year-old Jacqueline Jindal, a city-based social entrepreneur, posted a message on social media seeking help to treat her son, who was in a critical state after testing positive for Covid-19. Within hours, she started getting calls from suspected black marketeers, who offered to arrange six vials of the drug for as high as ₹1.5 lakh.

“I went to more than 20 hospitals, chemists and stockists, but there was not even a single vial of the injection available. I was in a panic as people were calling me and offering injections for high prices. Some people offered it for ₹25,000 and others for ₹40,000, while one caller from Delhi asked for ₹1.5 lakh, claiming he had picked up a major stock of injections from the manufacturer,” she said.

However, Jindal did not have to revert to the callers as her appeal to the district drug controller was successful and the drug was provided at the government approved price of ₹4,000. Her son was shifted to the general ward from the intensive care unit (ICU) after five days and is reported stable.

The use of remdesivir shot up due to an unprecedented surge in Covid-19 cases across the country over the last month. While hospitals are running low on remdesivir stocks, black marketeers are hoarding stocks and are making a quick buck by selling them for high prices, the police said.

Another resident, Vikram Singh, who lives in a housing society on Sohna Road, said he paid ₹40,000 to procure the drug and save his mother’s life. He also was contacted on social media.

Vineet Singh, a resident of Sector 57, said that he bought injections for ₹30,000 for his brother who was critical and was admitted to a hospital in Manesar. “I had posted on my Facebook page, after which four men contacted me and gave different prices. As ₹30,000 was the lowest, I requested him to deliver the injection. He called me to Rajeev Chowk, took the payment and left on a motorbike,” he said.

To be sure, seven companies producing remdesivir in India have slashed prices by an average of 39%, with the costliest variant being offered by Hetero Healthcare at ₹3,490 for a 100mg vial.

Even as residents rush to procure remdesivir, experts said that it is not a sure-shot treatment.

Randeep Guleria, the director of All India Institute of Medical Sciences (AIIMS) in New Delhi, on Monday, asked doctors to exercise caution while prescribing remdesivir to patients and said that the drug is not a “magic bullet”. He said that remdesivir does not reduce mortality and is not useful to treat patients with mild symptoms.

“It is important to understand that remdesivir is not a magic bullet and is not a drug that decreases mortality. We may use it due to lack of an antiviral drug and it is useless if given at an early state to asymptomatic individuals or to patients with mild symptoms. It is also ineffective if administered late,” Guleria was quoted saying by news agency ANI.

How hoarders are making a quick buck

KK Rao, the commissioner of police, said that people are taking advantage of the situation and minting money.

In one instance on Saturday, a resident tagged the senior district officials on Twitter, complaining of illegal sales after being forced to pay ₹14,000 to purchase the same. The deputy commissioner forwarded the complaint to the drugs control officer.

The complainant, requesting anonymity, offered to provide officials with the contact details of the seller, following which the officials detained them.

Amandeep Chauhan, the drugs control officer for Gurugram, said, “We called the number and asked the person for remdesivir. He asked ₹25,000 for each vial. We prepared a decoy customer,” he said.

Yadav said the suspect asked the decoy to reach Ardee City gate in Sector 52 and was detained on the spot upon arrival. “During questioning, he revealed two more names and said he purchased from them. They were asked to produce retail sale drugs licence or wholesale drugs licence, in compliance with Section 18(c) of the Drugs Cosmetics Act, but they did not have one. The injection recovered from their possession was for supply to the Northern Railways and not for sale. Hence, this injection was from the government supply. There is pilferage somewhere and this needs investigation,” he said.

Police commissioner Rao said, “We have started an investigation and are scanning their call detail records and social media accounts to get the exact number of people contacted. Also, we will get to know who else was involved with them.”

The suspects were identified as Jitender of Mathura in Uttar Pradesh, Rajkumar of Bharatpur and Kamal Kishore Singh of Pipli, in Rajasthan. They were employees of medical companies providing home isolation and medical deliveries. The police said the suspects were active on social media and respond quickly, offering the drugs at higher prices.

The police officials said they have deployed informers and are expecting to make more arrests soon.

Yadav said that the drug is available at hospitals and will shortly be available at chemist stores also. “Right now, our prime concern is that patients admitted should get these injections and there should be no black marketing. The stocks are ready for supply and the issue will be resolved in a day or two,” he said.

However, doctors of private hospitals said that there is a shortage of remdesivir at present. “We heard that we will get the stock of injections this week and even the prices have been reduced. Earlier, there was no cap and patients even bought the injections for ₹30,000. It becomes difficult for the hospitals also to manage such situations where the patient is critical and in dire need of the injection,” said a city-based doctor, requesting anonymity.

Doctors said the injection is an important component for the treatment of Covid-19 patients. “It is antiviral and it reduces viral load in the body so that it reduces further complications during high fever, which is common in Covid-19,” said Dr MK Singh, medicine specialist with W Pratiskha hospital in Sector 56.

The government officials said that they are going to massively scale up the production of remdesivir injection due to the rapid surge of cases in the country. “As for remdesivir production, it had gone down but now from 26 lakh (2.6 million) vials a month, it has been scaled up to 40 lakh (4 million) vials per month while aiming for 76 lakh (7.6 million) vials each month,” Dr VK Paul, member-health, Niti Aayog posted on Twitter.