New Delhi: It is first of its kind event for the popularity of Ayurveda. Over 3000 people including many dignitaries would be part of this mega event. All India Institute of Ayurveda & Ministry of AYUSH is hosting event of on October 28. The run will start from JLN stadium. 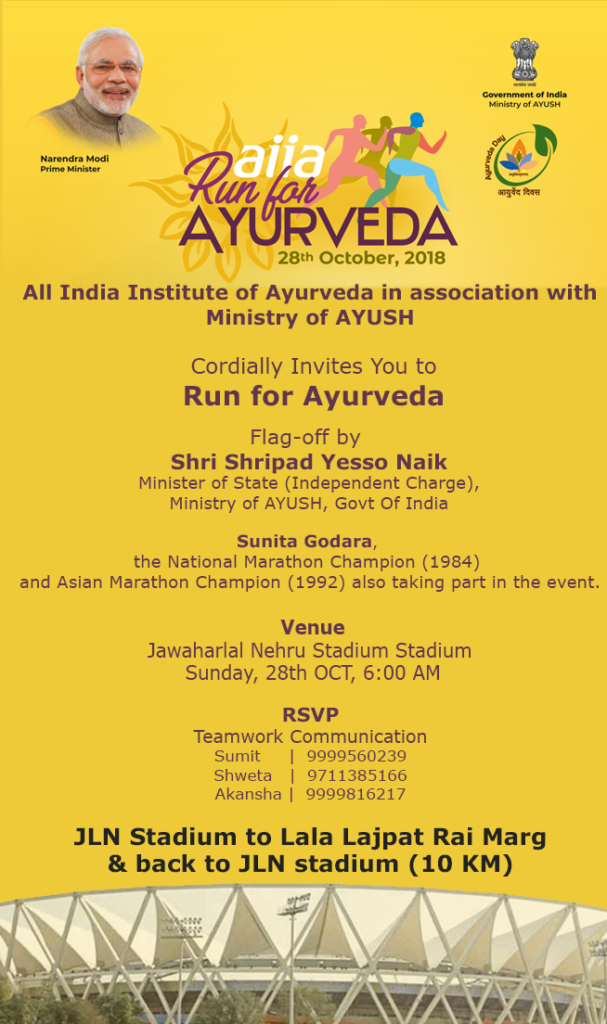 As envisioned by Ministry of AYUSH, Dhanwantari Jayanti is preferred for Celebration of Ayurveda Day to nationalize this system of medicine which can prove to be a cornerstone for its ultimate globalization. This initiative of the Ministry of AYUSH will not only encourage the practitioners and students of Ayurveda but also will develop awareness in the society about the strengths of Ayurveda.