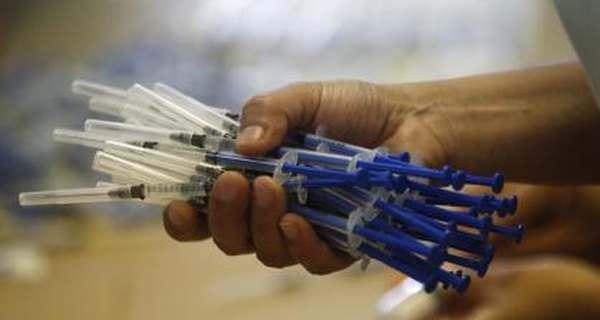 New Delhi: Hope floated for the advocates of National Swachha Injection Abhiyan with the launch of National Viral Hepatitis Control Program by the Government of India. But they have expressed cautious optimism fearing Chinese imported injections might hijack the space being created for safe injections in India.

Seeing Auto Disable Reuse Prevention (AD- RUP) Syringes to be fulcrum of this Control program, Pradeep Sarin, Trustee of Safe Point, a global campaign for safe injection, has applauded the launch calling it great initiative. Rajiv Nath Jt Mg Director of HMD that makes the Kojak brand of Auto Disable Reuse Prevention (AD- RUP) Syringes, a strong advocate for Injection Safety and seeking a National Swach Injection Abhiyan is elated too but he has expressed some doubt as well.

Mr Nath says, ‘After requesting for a National Nodal Injection Safety Officer since over 10 years, we are delighted and optimistic to see a National Consultant for Injection Safety being appointed for the noble initiative but let’s hope this National Plan on Safe Injections is not fuelled by Chinese Imported Syringes as being done for Immunization and keeping Indian factories capacity idle.

Dr.(Col) HS Ratti, an epidemiologist and Project Advisor to  Safe Point, which is working to create awareness about safe injections, is hopeful that the ‘National Plan on Safe Injections’ initiative launched is India’s commitment towards elimination of viral hepatitis by well laid out strategy which hopefully will now be covering Prevention from Unsafe Injections, Testing  patients with Safe Equipment that prevents Needle Stick injury to the lab technician and free Treatment to the patient .’

Dr Ratti urged the Govt. to accelerate a switch to ‘Auto Disable Syringes’ to limit HIV and Hepatitis Epidemic. There are villages with over half the population infected with Hepatitis or HIV due to reuse of Syringes by quacks. In order to prevent reuse of syringes and contain spread of infection, it is advisable and recommended to use AD syringes specifically designed to prevent reuse. This reuse prevention has been strongly advocated by WHO.

Andhra Pradesh government has already taken a lead in this regard and had issued instructions in May for 100% use of AD syringes in its public health facilities from 28th Jul 2018 which is observed as World Hepatitis Day.