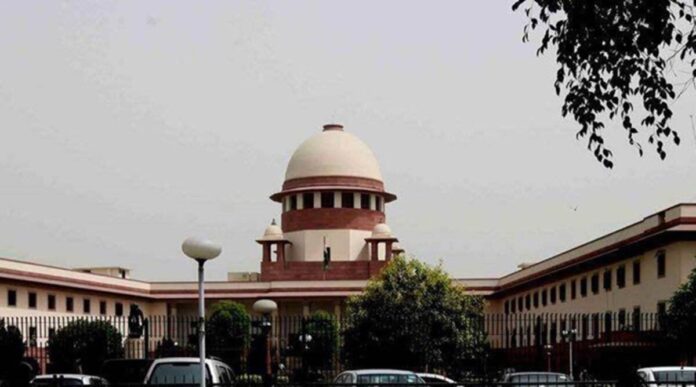 New Delhi : The Supreme Court on Monday termed the continued use of Section 66A of the Information Technology Act, 2000, by law enforcement agencies of various states — despite the provision being struck down by the court in 2015 — as “a shocking state of affairs” and sought a response from the Centre.

Section 66A empowered police to make arrests over what policemen, in terms of their subjective discretion, could construe as “offensive” or “menacing” or for the purposes of causing annoyance, inconvenience, etc. It prescribed the punishment for sending messages through computer or any other communication device like a mobile phone or a tablet, and a conviction could fetch a maximum of three years in jail.

In 2015, in a landmark judgment that expanded the contours of free speech to the Internet, the Supreme Court struck down Section 66A, calling it “open-ended and unconstitutionally vague”.

On Monday, a bench of Justices R F Nariman, K M Joseph and B R Gavai issued notice on a plea filed by the NGO People’s Union for Civil Liberties (PUCL), which said that “in spite of the judgment, it became clear from the newspaper reports that the said provision continued to be invoked by the State’s investigative machinery as well as the judiciary, probably under the impression that Section 66A remained on the statute books”.

“Amazing. What is going on is terrible,” remarked Justice Nariman as Senior Advocate Sanjay Parikh drew the court’s attention to how cases have increased steadily over the years despite the March 24, 2015, ruling in the Shreya Singhal v. Union of India case that struck down Section 66A for “being violative of Article 19(1)(a) and not saved under Article 19(2).”

Article 19(1)(a) gives people the right to speech and expression whereas 19(2) accords the state the power to impose “reasonable restrictions” on exercise of this right.

Attorney General K K Venugopal told the bench that Section 66A still remains in the Act though it was struck down by the division bench. “When police has to register a case, the section is still there and there is only a footnote that the Supreme Court has struck it down,” he said, adding, “there has to be a bracket in 66A with the words struck down”.

“You file a counter as it is a shocking state of affairs,” replied Justice Nariman. The AG sought two weeks to file a reply, a request that was granted by the court.

Referring to data collated by “independent researchers”, the plea said that “as on 10.03.2021, as many as a total of 745 cases are still pending and active before the Districts Courts in 11 States — Maharashtra leading the tally with 381 cases under 66A after it was struck down followed by UP with 245 such cases after the cut-off date — wherein accused persons are being prosecuted for offences under Section 66A of the IT Act” and that there could be many more such cases when data of more states is extracted.

The petition said Section 66A has continued to be in use “not only within police stations but also in cases before trial courts across India”. “Not only has this happened in cases where allegations under Section 66A are raised alongside other offences, but disturbingly, the research reveals charges framed solely for an offence under Section 66A,” the plea said.

Over the years, police have invoked this provision to arrest several people, more particularly when they posted contents against politicians. Shreya Singhal had petitioned against the controversial provision in the IT Act following the 2012 arrest of Shaheen Dhada and Rinu Srinivasan, two girls from Palghar who had shared a post on Facebook criticising the shutdown of Mumbai after the death of Shiv Sena leader Bal Thackeray.

PUCL, the petitioner in the current case, said it had filed an application in 2018 seeking directions to ensure full compliance with the Shreya Singhal judgment “through issuance of appropriate circulars/advisories addressed to the Chief Secretaries of all States and Union Territories, and the Director Generals of Police of all States and Union Territories, or equivalent officers thereof for onward circulation to the Police Stations”.

The Centre had then said that the Ministry of Electronics and Information Technology and Ministry of Home Affairs were both disseminating knowledge about the case by making the judgment available on its website, organising workshops and seminars and by writing letters to Chief Secretaries and Director Generals of Police of all States requesting compliance and seeking confirmation of implementation of the judgment.

The court, the petition pointed out, had disposed of the plea in February 2019 by directing that the copies of the Shreya Singhal judgment be made available by every High Court to all district courts. The Union Government was also directed to make available copies to chief secretaries of all state governments and Union Territories and the chief secretaries were, in turn, directed to sensitise the police departments.