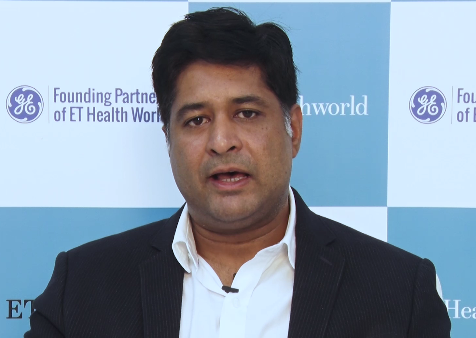 In an interview with ETHealthworld, Sumeet Aggarwal, Managing Director, Midmark India, talks about the trends and challenges in hospital bed industry in India. Edited excerpts:

Where do you think India is placed today, by way of manufacturing of hospital beds?
Hospital beds in human history have played an important role in the recovery process of an individual or a patient. If you look at it today, the size globally of hospital bed industry happens to be 2.5 billion dollars. India has a very minimal share in that, of about 100 million dollars and it is evolving rapidly at a growth rate of around 12-14%, both in India and globally. Asia benefits most out of this because that’s where we see the overall growth happening.

India has been unique because over the last 70 years post-independence, the hospital beds have evolved in a very different way from very rudimentary fouler to semi-fouler. Today we see very sophisticated beds which are made out of material based on polymers, mild steel, and stainless steel; these were things which were not taken into account in the past.

How do you see the market and the trends today?
The market from the year 2000, the private sector and corporatization of private sector has taken off in a very different direction in India. If you see in the private sector, the measurement of investment is always by number of beds. How much does it cost to put a hospital with so many numbers of beds and always the number of beds determines that. It remains an important factor in terms of consideration of investment quantum, not only in India but globally. And with the advent of the private sector and change in preferences of the patients, where they are spending more on healthcare and they have choices today- not to go to one hospital but many. Like any consumer, they demand better services and better aesthetics.

That has put a lot of pressure in terms of innovation on manufactures to come out with lighter, durable, better feature beds, which we are seeing continually in India.

How has been the transition from Janak Healthcare to Midmark India?
Janak Healthcare’s earlier name was Metal beds, India. This was in 1951, when the company started manufacturing in Mumbai. First bed was supplied in 1956 to the Mahatama Gandhi hospital in Mumbai. This was a very basic bed with fouler and semi- fouler positions. Janak Healthcare was the first mover in terms of innovation solutions in health care market for hospital beds. In 1970s, they were first one to introduce ICU beds, which has many different positions for patients to recover faster. In 1980s, they were first one to produce labor delivery bed into India. Since then it is not only Janak, there are many other companies who have done that.

In 2007, there is a company by the name Midmark that is manufacturing hospital equipment in US, saw the attractiveness of market and make a strategic investment in Janak Healthcare. Midmark took over entire stake of Janak healthcare in 2014. Now our company is called Midmark India limited.

Tell us something about the Midmark market today?
If you look at India today, we have 1.6 million beds installed in India. The new healthcare policy which was released by the government in March 2017 mandates a minimum of 2 beds per 1000. According to WHO standards, a minimum of 3 beds per 1000 is required. But India aspires at least to achieve 2 beds per 1000, which translates 2.623 million beds over the course of next decade, which includes both replacement and new beds.

This is a huge undertaking by the government to bring healthcare and make it accessible to the masses. This has allowed Midmark India to look at ways in which people work in this market. The market is evolving at a pace of 12% per annum. The government has taken an active role in this by procuring faster, tendering across various states and getting the products which will allow better healthcare delivery in these states. The private sector itself is also investing heavily for bringing better care to the masses. The overall market for Midmark is evolving. We are seeing a growth rate of 10% every year; I believe it will continue for the next decade.

The market is becoming competitive, that is good for us as we look at ways in which we can do better and get inspiration from our competition, bring out products for better comfort of the patient and give them fast recovery.

What are the challenges that you find in the domain?
The key challenge which we see today happens to be, while government is promoting Make in India, which we are completely supportive as Indian manufacturing Company. Though our ownership is US based, but everything from scratch is manufactured in India. In fact, we end up exporting a lot of our produce. There are still alternatives available, not as big on quality, coming from other parts of Asia, particularly China. That is where I feel government has to play an important role in curbing these imports in India. The tendering process from government doesn’t allow Chinese firms to participate.

Overtime government will also have to look out how GST will be implemented. There were some changes in terms of mattress of beds which got reduced. Today it stands at 18% for both beds and the mattress. But for getting input credit from the hospitals, the government has to take some steps because we are a supplier to the hospital. Until and unless, they get input credit, they can’t subsidize healthcare and this makes the whole system costly. What I would also see as a challenge is levy of GST on hospital delivery because if that happens, whole system would be cheaper for everyone.

Tell us about your future expansion plans.
I believe most of growth in India will be coming from tier 2 and 3 cities. Tier 1 cities are very much saturated that is something we are seeing continually. Both government and private sector have put in a lot of resources in the tier-1 cities. Tier 2, 3 and 4 is the next frontier of growth. For that we have been very innovative in our approach to these cities. We have started Midmark India Experience Centre in 14 such cities where a doctor, a bio-medical engineer, head of procurement, even a patient or anyone who is interested can look and feel our equipment.