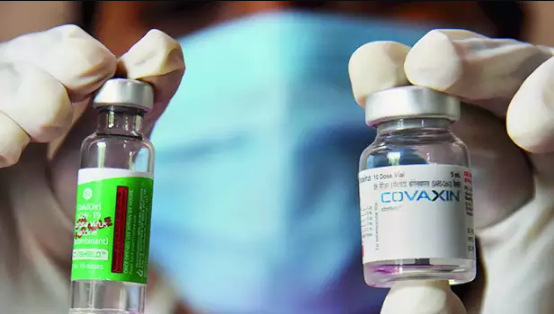 New Delhi: In a diplomatic retaliatory move against vaccine nationalism, India has said it would recognise EU’s digital Covid certificate on a reciprocal basis and would not accept it until EU does the same for Indian vaccines— Covishield and Covaxin. The EU “Green Pass” is expected to come into effect from July 1.

The EU digital Covid certificate, known as “Green Pass” will exempt those whose are double vaccinated with vaccines accepted by the EU from mandatory quarantine. The European Union’s ‘vaccine passport’ programme has approved only four vaccines— Vaxzevria (Oxford-AstraZeneca), Comirnaty (Pfizer-BioNTech), Spikevax (Moderna) and Janssen-Johnson & Johnson. Covishield is exactly the same as Vaxzevria, but failed to make the cut. Covaxin has not been considered, largely because it is yet to get a WHO approval.

External Affairs Minister S Jaishankar said he would be following it up with the EU authorities after discussing it with EU high representative Josep Borrell on the sidelines of the G-20 foreign ministers’ meeting at Matera, Italy.

MEA sources said India had noted the fact that individual member-states have the flexibility to accept vaccines that have been cleared by countries at the national level or by WHO. India is hoping countries like Hungary will accept Covaxin which is awaiting WHO approval. Hungary is also the only European country to administer Russia’s Sputnik-V and China’s Sinopharm vaccines to its citizens.

India has officially requested the EU member-states to “individually consider extending similar exemption to those persons who have taken Covid-19 vaccines in India i.e. Covishield and Covaxin, and accept the vaccination certificate issued through the CoWIN portal”.