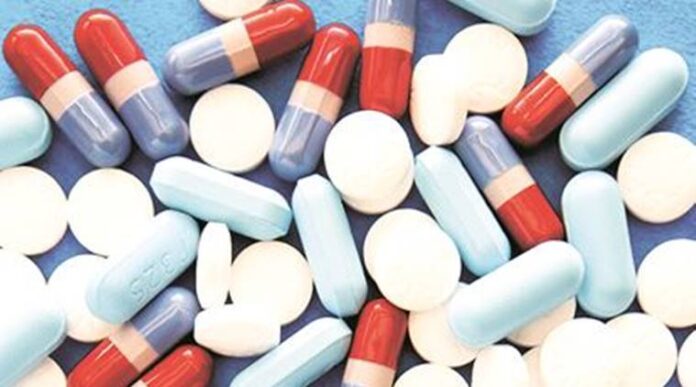 Chennai : In a major raid conducted in two wholesale premises in Virudunagar district in Tamil Nadu, the sleuths of the ADC office there seized spurious drugs worth Rs one lakh, and cases were charged against the wholesalers for contravention of provisions of sale licences.

According to information received from the directorate of drugs control in Chennai, the officials seized a large number of bottles of the combination drug, sucralfate+oxetacaine oral suspension, which is originally manufactured by a company out of Tamil Nadu, but the label of the medicine shows one company name in Chennai. The seized items were produced before the judicial first class magistrate court at Sreevilliputhur.

The inspectors raided two wholesalers’ premises and seized large quantities of bottles from one place and the same number of bottles from a godown of another wholesaler. The combination medicine is used to treat acidity, stomach ulcer and heartburn, said an official.

The director of the TN DCA, M Sivabalan said, “This is too early to divulge more details about the raid and the spurious drugs. We cannot tell the name of the manufacturer right now because investigation is going on. However, more details will be shared in two days.”

But, when Pharmabiz sought information through some other sources, it was learnt that the manufacturer’s name given on the label is of a company based in Chennai. But the officials suspect that the drug was brought from Kolkata by some marketing companies. A senior officer said some manufacturers and marketers in Chennai are under scanner.

Simultaneously, the department’s special investigation team (SIT) conducted raids in two medical shops in Nagapattinam and booked cases for selling medicines without valid prescriptions. The drug controller said legal action has been taken against the medical shop owners for contravention of provision of sale licences.

As part of tightening the rules in the wake of the Covid pandemic, the drug control officials had conducted raids in 16 medical shops in Virudunagar district in last January and legal actions were taken for selling drugs without prescriptions. In February, the officials in Madurai also conducted raids and cases were taken against some retail shops. Yesterday’s raid was the third one in the series in the last three months.

A member of the SIT said the director wants to conduct raids in all medical shops in the state before he retires from service, which happens on June 30 this year.