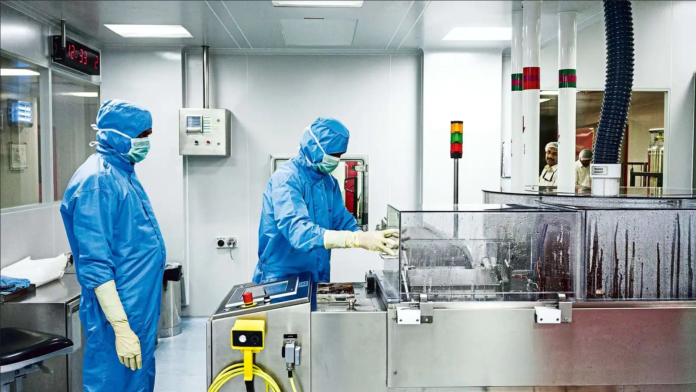 MUMBAI : Vaccine makers have asked PM to initiate reforms at the drug controller’s office, in line with global standards, so that locally made or developed vaccines are competitive in international markets, according to people who attended the meeting with the prime minister last week.

The meeting was attended by top executives of eight vaccine companies who are developing and manufacturing covid-19 vaccines. The Prime Minister’s Office (PMO) organized the meeting to acknowledge the contribution of vaccine makers in India’s covid-19 immunization drive completing a billion vaccinations and discussing the way forward for the industry, an official aware of the development said, requesting anonymity.

Vaccine makers have suggested that India’s regulations should be harmonized with global standards to make products developed in India readily acceptable outside the country.

Drugmakers and health activists have often complained of India’s drug regulatory system’s arbitrary nature of functioning. In the past, industry lobby groups and activists approached the government to implement a uniform regulatory standard, in line with regulators such as the UK’s Medicines and Healthcare products Regulatory Agency, US’s Food and Drug Administration, and the World Health Organization (WHO).

In the hour-long meeting with PM, companies also shared their plans for expanding vaccine manufacturing and resuming exports. The Indian government is expected to allow Serum Institute of India (SII) to restart exports through the bilateral channel by the end of this month. The company will be sending doses to India’s neighbours, including Myanmar, Bangladesh, and Sri Lanka.

Though India has approved four vaccines (SII’s Covishield, Bharat Biotech’s Covaxin, Sputnik V, sold in India by Dr. Reddy’s Laboratories, and Zydus Cadila’s ZyCoV-D), only two are in use in the nationwide immunization drive. The slow ramp-up by companies such as Bharat Biotech International Ltd and Russian Direct Investment Fund (RDIF), the developer of Sputnik V, has resulted in India’s immunization drive being led mainly by one company.

Vaccine makers also discussed ways to spur innovation in the pharma industry. “All over the world, countries will invest in vaccine production; we discussed how India can stay ahead,” said Adar Poonawalla, chief executive officer (CEO) of SII.

India also has three vaccines that are at an advanced stage of development or undergoing trials. They include vaccines by Biological E, Gennova, and SII’s Covovax (developed by Novavax). In a statement, Satish Mehta, CEO, Emcure Pharma, the parent of Gennova, said the company is committed to manufacturing 60 million doses of its mRNA vaccine if it gets regulatory approval.