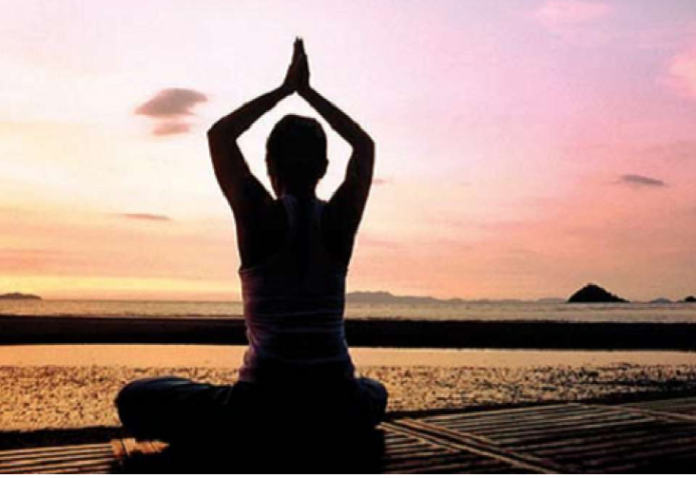 New Delhi: A yoga-based rehabilitation program in patients with heart attack is as safe and beneficial as the conventional cardiac rehabilitation therapy, says a new study. The results of the five year study were presented in the American Heart Association Scientific Session in Chicago on Saturday. It was funded by the Indian Council for Medical Research (ICMR) and Medical Research Council (UK).

The study found that Yoga-CaRe has the potential to be an alternative to the conventional cardiac rehabilitation (CR) programs and address the unmet needs of CR for patients in India and other countries.

The study was conducted in 24 centres in India and covered close to 4,000 patients at or immediately after discharge following a heart attack.

The trial demonstrated that, Yoga-CaRe is safe, feasible and significantly improves quality of life, and return to daily activities similar to that before the heart attack, Dr Roy said.

Among those patients who attended at least 10 or of more of the planned 13 yoga training sessions, the Yoga-CaRe program was efficacious in improving clinical outcomes by reducing death and lowering hospitalizations suggesting a potential dose-response relationship.

Professor Prabhakaran, Vice President of the Public Health Foundation of India (PHFI) and Principal Investigator of the study said the prevalence of ischemic heart disease in India has increased by over 50 per cent and in terms of absolute numbers, has increased from 10 million in 1990 to 24 million in 2016.

“The Yoga-CaRe Trial, the largest trial on Yoga as well as cardiac rehabilitation, has shown the potential of yoga to be an alternative to the conventional CR programs and address the unmet needs of cardiac rehabilitation for patients in low-and middle-income countries. It is safe, relatively inexpensive, does not need an elaborate infrastructure, culturally acceptable and improves quality of life,” Prabhakaran said.

Professor Sanjay Kinra, Head, Epidemiology, London School of Hygiene and Tropical Medicine, Co-Principal Investigator of the study said that improvements in cardiac care mean that most people nowadays survive a heart attack and the focus thus has shifted to improving quality of life of survivors of heart attacks so that they can readjust better after such a catastrophic event.

“This is particularly true in India where heart attacks tend to occur at very young ages. While we await formal peer review, the preliminary results of our trial suggest that a yoga-based cardiac rehabilitation programme could improve quality of life and promote earlier return to usual activities,” he said.

Traditional cultural practices are often viewed with suspicion by the mainstream medical community. This major trial of yoga carried out with the highest scientific standards highlights the potential of traditional practices to play a complementary role in provision of medical care, particularly given the high costs of managing chronic conditions, Kinra said.

“This landmark study shows that use of Yoga as a CR tool is efficacious in improving quality of life and reducing cardiovascular events among those who completed at least 75 per cent of the sessions.

“Yoga has gained immense popularity nationally and internationally as a tool for health promotion, especially after the UN declared June 21 as international Yoga Day. However, modern day medicine demands evidence of benefit for interventions for its wider acceptance especially amongst medical research community. This study is a step in that direction. I hope that this study spurs several such large rigorously performed trials in other diseases where Yoga can be potentially beneficial,” he said.

The Yoga-CaRe programme is an amalgamation of generic yoga and lifestyle practices influenced by both yogic philosophies and also modern scientific evidence through a systematic process.

The programme is designed to be accepted by people of all religions/sects and is safe for the patients.

The authors reported that, preliminary results of the trial found significant changes in quality of life and return to normal activities after heart attack in the patients who underwent Yoga-CaRe programme. However, there were no changes in the tobacco cessation and compliance to medication.