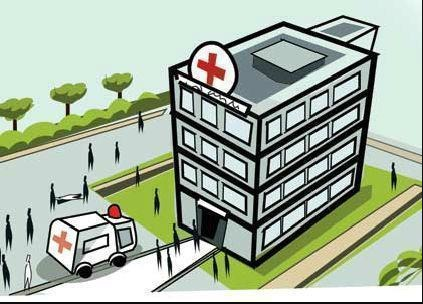 A small board hanging outside the ultrasound centre here, reads, “Register for ultrasound between 8 am and 10 am, and get a date and number to get ultrasound”. A patient wanting to undergo an ultrasound at the hospital has to take a number and a date and return on the given day for the test. The waiting period can extend up to at least 20 days.

Doctors say a large number of patients come to the hospital to avail of the free facility but with one radiologist instead of the sanctioned three handling the tests, patients have wait for days before an ultrasound.

Dr AK Jain, radiologist, PL Sharma district hospital, who also heads the department of radiology including X-ray, CT scan and ultrasound, said, “There are a total of three employees for the ultrasound department including me. Others are technicians and can only handle the machines, but the report can be released only after the radiologist analyses it.”

According to the currents situation, a new patient may have to wait for 20 days to get his ultrasound done unless he or she is admitted via Emergency or Out Patient Department (OPD). “The patients who are not admitted in the district hospital get the chance to get an ultrasound once their number arrives in the waiting list,” said Dr. Jain. Every day, at least 30 patients come to the hospital to get their ultrasound.

But why the waiting list? “I am the sole radiologist here. I have to analyze CT scans, X-rays and ultrasounds. How can I be available for all the three services at one time? Since ultrasound is not an emergency and it can wait, the waiting list was introduced. There are three vacancies for the post of radiologist but for the last two years I have been the only radiologist working here,” said Dr Jain. The district hospital authorities have time and again written to the state government authorities to hire two more radiologists but to no avail.