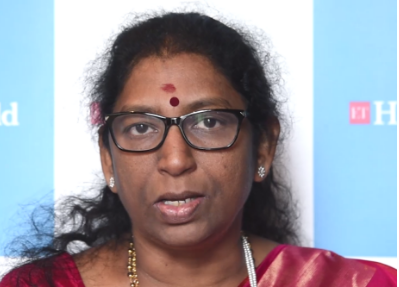 Lymphatic Filariasis: People affected in India
Globally, there are 120 million people affected by LF disease, it includes symptomatic microfilaria patients with lymphedema and hydrocele. And 40% of global burden of 120 million people is in India. The Global Programme to Eliminate Lymphatic Filariasis started in 2000, the declaration came in 1997. The programme was launched in 2000 but in India the program started in all the affected 256 districts by 2004. This Program has 2 parts: one is giving drugs or giving medicine to erase transmission of the disease and second is caring for patient to reduce the suffering and improve the quality of life of the patients. So, the master administration, the first part: to arrest transmission of the disease was started in 2004, and it could bring in reduction in microfilaria patients or persons with microfilaria in many states. India is a big country and each state have their own challenges and their own problems, so you cannot say that it’s a uniform process which has happened but in almost all the states there is reduction in the population with microfilaria, so that part is going to be a success. And, now for morbidity management and disability prevention that is to take care of patients is also being scaled up in different parts of India, so there is a definite change from what it was before 2000.

Lymphatic Filariasis: “Notification under right of person with Disability Act 2016”
The problems which occur in patients with LF- they have swelling of the leg and may be extremities like lymphedema, elephantiasis, or hydrocele. So, initial stage is that they may not be very much disabled but at later stage definitely they will have lot of problems not only physical disability- but also psychological problems, mental health problems, marital problems, etc. Discussions were going on to include the LF in disability group but there have been several questions like what indexes will be to find out the disability. To mark the percentage of disability there is no definite tool available because the LF disease has many problems because in some patients it may just be affecting the skin, in some patients it may be affecting the deeper tissues also and sometimes the patient many not be able to walk, sometimes there may not be any problem. Usually you have some indexes to calculate the disability. In case of Filariasis there is no defined scale to assess the disability of the person, there has been a lot of discussion, but this has not been included in the disability act so far.

Lymphatic Filariasis: “Impact of National Program Aligned with global starter in 2004”
Global programs are envisaging as preventive chemotherapy by giving the drugs and as well as mobility management and disability prevention. One of the main issues of the MDA programme is compliance by the patient because in microfilaremia you cannot identify the person who is having microfilaremia, that can be done only looking at the night-time blood examination and that is not possible because of the cost involved and people may not come up for an examination during night. The only way by which you can erase the transmission is by giving the drug at least to the 80% of the normal population. So, when you have target like that-the people may not take it because they will say that I don’t have any disease or any manifestation so why will I take it? Here what is important is to make them understand why this should be taken and the IEC activities should be done in a very good way so that the patients take the medicine. That’s a big challenge because unless they know that they may be having microfilaria and they have to take the drug for the interest of whole population they many not take it, so this awareness creation is very important. When you calculate the success of the program now the WHO says epidemiologically that 65% of the population should take the medicine and that’s a big challenge, the compliance by the patients and also in some places there are lots of volunteers being used for this program. So the confidence of the people receiving drugs from volunteers. In states like Kerala there are lots of people from other states (migrated population) which have high incidence of Filariasis. They will not take the tablet because when a person having microfilaria in their blood taking a tablet that will produce fever and other symptom for them and that is due to killing of the microfilaria and these people know that so, they know that they have microfilaria in them, they know that if drug is taken they will have symptoms so they will not take it, you have to have a special campaign for this migrant population of people

Lymphatic Filariasis: “Kerala’s Approach”
Kerala as you know is a state which is very much aware about health. It’s a health-conscious state and we have very high indexes in all the health indexes, all the programmes are run well in the state and people take part in the programs also. Initially, when this program was announced there had been lots of voices against that, like as I said before I don’t have the disease, I don’t have lymphedema, then why should I take the tablet. IEC activities help there, so they know that if they don’t take the tablet the other person may not be getting it. We have the research unit at Alleppy medical college we have being doing research since 1989, initially it was on drugs development of the drug for the disease or the infection and then on the other aspects also like morbidity management and disability prevention. We have our path breaking study on children where we have demonstrated pathology in children that is lymphatic dilatation in children even in the age of 3 without any external manifestation in the endemic area and it has been seen that after giving the MDA Drug we have followed up these children up to 8 years and there was a reversal of pathology in them and they were also asked to do hygiene practice etc. So, that is the point where we should insist that the children in endemic area should keep legs clean and do the hygiene practices so that they may not get lymphedema at later stage, many of such things can be done, you know Kerala has 100% literacy rate and so if you give correct information that can be carried on and you can do lot of things.

Morbidity Management: Disability Prevention
The GPELF, second pillar is Morbidity Management: Disability Prevention. That means that you are taking care of patients having lymphedema, hydrocele and elephantiasis, they get what is called acute attack due to secondary bacterial infection, have high fever, will be bed ridden, will have local pain and all that and it is due to bacterial infection and that should be treated well. So, in Morbidity Management: Disability Prevention identifying these acute attacks, treating these acute attacks with antibiotic and other supportive measures. More important is prevention of acute attacks by simple measures like taking care of limbs by cleaning the limbs, the bacterial infection occurs whenever there is break in the skin it allows the bacteria entry in the body. So, when bacterial infection occurs the limp gets much swollen and then the patient will have fever, chills and pain and all that and this will take about 5-10 days to subside even with proper treatment, so each time patient get this acute attack the swelling increases and as the swelling increases the possibility of getting acute attack also increase so it is a vicious cycle. We have to break this cycle, so that is why we are advising patients to take care of their limbs they have to regularly wash their limps from morning to evening not only washing the limps regularly with soap and water, they have to dry their limps because in water logged areas they will get fungal infection and when the patient gets fungal infection they scratch and when they scratch there is a break in the skin and bacteria enters, so that is where you have to advice the patients on hygiene matters they have to keep their limps elevated they have to cut the nails properly, they have to apply ointment when there is a fungal infection or cut in the skin, so these will help in preventing acute attack, when acute attack is prevented further progression of lymphedema also could be prevented. This can be done using the usual things available at home and can be done anywhere. And this is an ideal practice that has to be followed.
The Global Programme to Eliminate Lymphatic Filariasis was launched in 2000 but in India the program started in all the affected 256 districts by 2004. This Program has 2 parts: one is giving drugs or giving medicine to erase transmission of the disease and second is caring for patient to reduce the suffering and improve the quality of life of the patients.