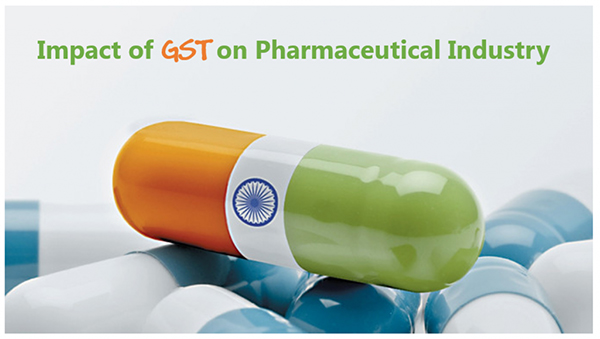 New Delhi : (Parveen) After clearing all the hurdles of both the parliamentary houses, finally GST Bill (Goods and Service Tax Bill) has passed. Pharmacy manufacturer get benefit from this bill as the reduction in the costs will get added to the profit margins which is a good thing for them. This bill was under consideration for more than two years and finally in May 2017, Government passed this.

Market analysts found that it will help to reduce inflationary in medicine price after 1-2 years of implementation. The fundamental objective of implementing GST is to reduce the list of taxes and levies. It is the path towards easy and manageable tax liabilities. GST is expected to reduce following tax burdens at the central and state levels. It is good step to understand the taxation and also reduce the malpractices prevalent due to ambiguity and confusion of tax norms.

GST is expected to reduce following tax burdens at the central and state levels.

GST impact on Central level taxes: Countervailing duty, service tax, central excise duty, additional excise duties, special additional duties of customs, and excise duties under the medicinal and toilet preparations Act 1955 will get abolished by the new taxation system.  Also, surcharges on the supply of services and goods will also get abolished.

GST impact on State level taxes: Sales Tax and VT at the state level, CST, Entry tax, purchase tax, luxury tax, State level entertainment tax (over and above the tax at the local level), taxes on lottery and gamble will be merged under the GST head. Also, surcharges on the supply of goods and services at the state level will also get abolished.

GST offers benefits both for consumers as well pharmacy manufacturers. The main thing that will affect market is the rate of GST and it should be at competitive level in order to have no inflation in medicines.
The major point that can be consider as GST drawback; it is still unclear that whether the healthcare sector as well as life-saving drugs and medical devices will be continues to be exempted from the taxes after the implementation of the Act.