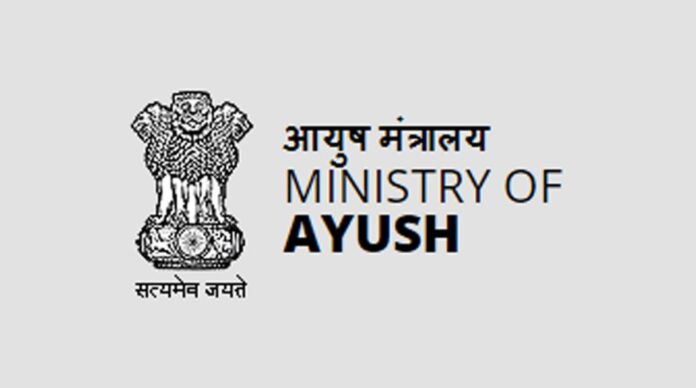 New Delhi : Despite the recommendation from the Parliamentary Panel to fill the posts newly created for Ayush drugs on regular basis, the Ministry of Ayush has appointed nine of its officers with additional charge for the nine newly created posts at central level for regulation and monitoring of Ayurveda, Siddha, Unani and Homoeopathic drugs under the provisions of the Drugs and Cosmetics Rules, 1945.

“The above mentioned officers will discharge the work in addition to their normal duties in the Ministry of Ayush, without any additional remuneration,” said the notification.

It may be noted that the Department-related Parliamentary Standing Committee on ministry of health and family welfare has asked the Ministry of Ayush to expedite the recruitment process to fill up the posts for Ayush vertical of Central Drugs Standard Control Organisation (CDSCO) so that the Central Drugs Controller for Ayush can play pivotal role in ensuring quality of Ayush drugs.

In its latest report on the Action taken by the government on the recommendations and observations in its previous report on Demands for Grants 2022-23 of the Ministry of Ayush, said, “The Committee reiterates its recommendation to the Ministry to expedite the recruitment process to fill up 9 posts in CDSCO on regular basis to complete institutional Ayush vertical CDSCO so that the Central Drugs Controller for Ayush can play pivotal role”.

“The Committee advises the Ministry that ad-hoc and interim arrangement would not be capable of strengthening the Ayush regulatory mechanism, therefore, the Committee recommends the Ministry to fill up 9 vacant posts in CDSCO, 05 regulatory posts including one post of deputy drugs controller, four posts of assistant drugs controllers (one each for Ayurveda, Siddha, Unani and Homoeopathy drugs) without further delay so that the quality of the Ayush drugs is assured,” it added.

In its previous report the Committee has raised concerns about the pace at which the process of recruitment of incumbents for the nine posts is moving in Ayush vertical of CDSCO. It opined that the temporary arrangement of giving additional charge of these posts to technical officers of the Ministry does not seem proposer for such an important mandate of the Drug Controller of Ayush, while recommending the Ministry to expedite the recruitment process so that the Central Drug Controller for Ayush becomes functional in the real sense with its incumbents in place.

In response to this, the Ministry said that the recommendation of the Committee has been noted for compliance.

The Ministry, to another recommendation of the Committee on firming up its regulatory framework to ensure that quality of Ayurveda, Siddha and Unani drugs is not compromised and ASU drugs get global recognition and acceptance, responded that the Ministry of Ayush notified advertisements of five regulatory posts including one post of Deputy Drugs Controller, four posts of Assistant Drugs Controllers (one each for Ayurveda, Siddha, Unani and Homoeopathy drugs). The recruitment to these posts is under process. Two officers have been deputed to work in CDSCO as an interim arrangement and additional charge of the nine regulatory posts have been given to officers of Ministry of Ayush and PCIM &H.

Taking this response into account, the Committee further said, “The Committee is however, constrained to express its displeasure over the dilly dallying approach of the Ministry in taking final and firm decision on strengthening of its regulatory framework i.e. adequate staffing of CDSCO.”

The Committee said that it is of the firm view that assured quality control of Ayush drugs is vital for global recognition and acceptance of the Ayush system of medicine.