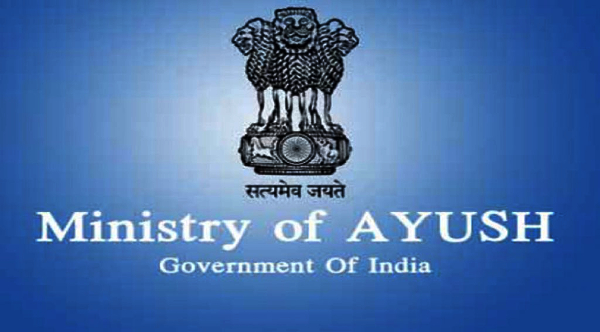 New Delhi : Pursuing its efforts to support the growth of Indian Systems of Medicine in the country, the Union Ministry of Ayush has released the draft of Unani Pharmacopoeia of India (UPI) and notified the regulation for the minimum standards of undergraduate Unani education by including modern scientific and research methods including Artificial Intelligence and digitisation.

The Ministry of Ayush has released the draft document of the Part I, volume seven of the UPI calling comments and suggestions from the stakeholders. The volume sets pharmacopoeial standards for 40 medicines and plants for therapeutic uses including diarrhoea, leprosy, syphilis, vitiligo, diabetes, headache, nephrolithiasis, bronchial asthma, blood purifier, anti inflammatory, epilepsy, facial palsy, cardiac asthenia, among others.

The medicines include Anjir Dashti from the out Himalayan range; Post-i-Bargad and Biranj Sathi from across the country; Bijasar found mostly throughout Gujarat, Madhya Pradesh, Bihar and Orissa; Bisehri Buwti found throughout Indian in waste lands; Chirchita found commonly as a weed throughout India up to 900 m; Darunaj ‘Aqrabi robust herb growing in the Sikkim and Himalaya region between 3,500 to 4,200 m height, among others.

According to the regulation, an All-India common merit list as well as state-wise merit list of the eligible candidates shall be prepared on the basis of the marks obtained in the National Eligibility-cum-Entrance Test (NEET) and the candidates, within the respective category shall be considered for admission to under-graduate programme from the said merit lists only. The seat matrix for admission in the government, government-aided institution and private institution shall be 15 per cent for the All India Quota and 85 per cent for the State and Union Territory quota, provided that the All India quota for the purpose of admission in all the deemed university both government and private shall be 100 per cent.

Five per cent of the annual sanctioned intake capacity in government and government-aided institutions shall be filled up by candidates with specified disability in accordance with the provisions of the Rights of Person with Disabilities Act, 2016 (49 of 2016) and based on the merit list of NEET.

Along with the details of the qualifications, curriculum and course details, the Regulation also stipulates a Methodology to supplementing modern advances, scientific and technological development to Indian System of Medicine (SMASTD-ISM), under which all the 14 departments under the Unani medicine shall be treated as 14 verticals, in addition with two verticals one each for education and research.

Under this methodology, each vertical shall be supplemented, enriched and updated with relevant and appropriate advances and developments in the area of diagnostic tools, conceptual advancements and emerging area including innovation or advances or new developments in basic sciences like biology, chemistry and physics among others, technological advancements, automation, software, artificial intelligence, digitisation, documentation etc, biomedical advancement, medical equipment, and any other innovation, advances, technologies and developments that are useful for understanding validating, teaching, investigations, diagnosis, treatment, prognosis, documentation, standardisation and conduction of research in Unani.

NCISM will constitute a multidisciplinary core committee for the purpose of supplementation of modern advances, scientific and technological developments in Indian Systems of Medicines, that identify the advances and developments that are suitable and appropriate to include in any one or multiple verticals, it added.