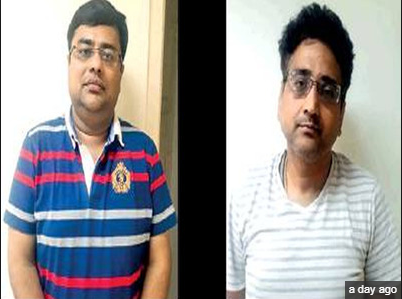 Recently a cheating case exposes the sex determination racket in Bangkok. In the inquiry for a case made by Thai woman on Pune based businessman, then he showed documents showing he had visited an IVF clinic in Bangkok to become a father of a male child.

Businessman received summoned on the basis of the charges made by Thai woman for sexually assaulting and cheating her. Investigating officers get surprised when they checked reports of the businessman showing he had visited an IVF clinic in Bangkok to become a father of a male child.

Another arrested businessman stated that he was also treated at the clinic and during an investigation; he accepted that he went there as it carries out sex determination tests to ensure a male child. According to the officers, Wholesale toy business owner Jain met with the woman on his trip and developed the relationship with her.  Initially, a woman filed a complaint at Indian Embassy in Thailand and after preliminary investigations forwarded the woman’s complaint to the Chennai city police commissioner’s office through the Prime Minister’s office in Delhi.

The woman gave her statements along with the evidence including Whatsapp messages and businessman claimed that Woman was trying to extort money from them.  And now women asked for money to bring up Jain’s child in Bangkok and ready for DNA tests to confirm the paternity of her two children.

A magistrate in Allikulam court recorded her statement behind the closed doors under Section 164 of the Indian Evidences Act, in the presence of just the magistrate and a typist.  Kothari and Jain are in the Puzhal prison and Police plan to get Jain’s DNA samples after getting permission from the court.