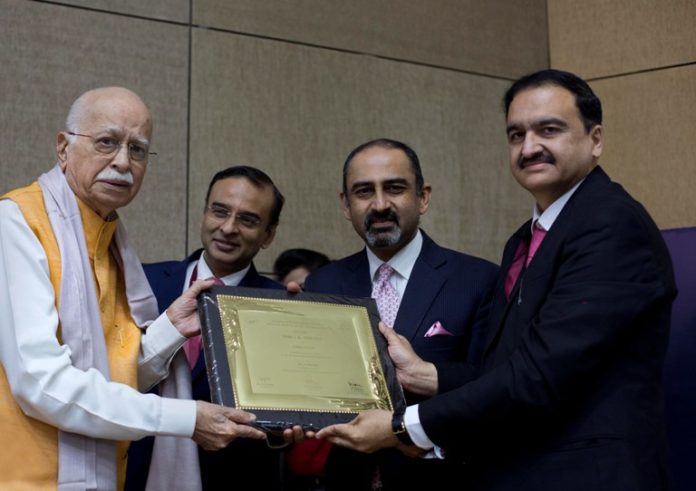 New Delhi: Thankfully, debilitating medical event stroke (brain attack) does not catch you unawares. It gives you strong signs to allow you to avert it. Even if it is a fait accompli, it gives more than 4 golden hours to reach hospital and save your imperilled brain.

On World Stroke Day (October 29), Dr Vinit Suri, Senior Consultant, Neurology, Indraprastha Apollo Hospitals and President Elect Indian Stroke Association, wanted everyone to remember this. He has also coined an acronym BEFAST to assort signs of upcoming stroke as a formula. Interestingly, according to him, being fast is very crucial in ensuring the safety of people from stroke, a devastating medical occurrence. L.K. Advani, 90, former Deputy PM of India and health icon due to his excellent healthy life style graced the occasion. Dr Suri treated his late wife for dementia.

BEFAST encapsulates as symptoms of Stroke as B for Balance loss, E for vision loss in one or both Eyes, F for facial tilt, A for Arm drift, S-Speech slurring or loss, F for time to act Fast. One can understand the value of this formula when one knows figures regarding incidence of stroke. It is estimated that every 2 seconds stroke attacks a person somewhere in the world and every six seconds one stroke related death occurs worldwide. One in six people in the world will suffer a stroke in their lifetime. 17 million strokes occur annually across the world with 5 million of these not surviving.

To honour the round the clock efforts of caregivers in assuring proper care to the stroke survivors, hospital with Indian Stroke Association organised a public awareness talk today. Dr. Suri also highlighted the key role that a caregiver plays in facilitating the recovery of a stroke survivor and improving their quality of life.

Talking about the alarming rise in the number of patients suffering from stroke, Dr. Vinit Suri said, “The incidence of stroke in lower and middle income countries like India is increasing due to poor preventive strategies and 1.4 million strokes occur annually in India. On the other hand stroke incidence has been reducing in higher income countries where preventive care is widely available. Though stroke treatments are available in India, they are extremely limited and mostly available in metropolitan cities only. More importantly people are not aware of as to how to recognize stroke and how to have the immediate emergency treatment which can make a major difference in the outlook of this devastating and disabling disorder. People don’t have knowledge of its symptoms and they don’t realise that they are victims of the disease. Taking the patient to the hospital within the Golden hour period (within 4.5 hours) is extremely important. Patients who reach the hospital within that period receive thrombolytics or ‘clot buster’ drugs on time, which opens the blocked vessel and helps them recover fast.” 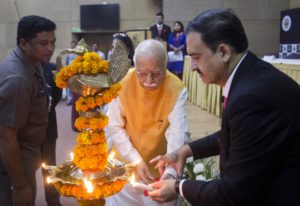 “Taking proper care of a person suffering from stroke is extremely critical. There are higher chances of a stroke patient to have a stroke again, if proper care and healthy diet is not maintained. Hence, the role of a caregiver, who day in and day out provides care to stroke patients and survivors, is of utmost importance and essential for recovery,” said Dr Suri.
“Weakness, numbness or paralysis in face, arm or leg (typically on one side of the body), slurred or distorted speech or difficulty in understanding others, dizziness, sudden severe headache with no known cause are some of the common symptoms of the disease. The pneumonic BEFAST can help people to remember the symptoms of Stroke (B-Balance loss, E- vision loss in one or both Eyes, F- facial tilt, A-Arm drift, S-Speech slurring or loss, F- time to act Fast).People must be aware of these symptoms and caregivers need to be extra careful in recognizing these. Knowledge about the symptoms and an immediate action upon them is the best preventive measure for this disease,” further adds Dr Suri.

Mrs. Pooja Gulliani, a caregiver said, “Despite being just 42 years old my husband suffered from stroke for the second time in his life, in April this year. He was on regular medication post his first attack in August, 2015. My mother in law too suffered from a stroke in January this year. These incidences made me acutely aware of the symptoms of this disease. So, this time when my husband got blank and had distorted speech, I immediately took him to Apollo Hospital where Dr. Vinit Suri treated him. Now as I take care of two stroke survivors at my home, I feel that it is extremely crucial to be aware of the symptoms of this disease.”