New Delhi: Despite all kinds of loving and brave words about Down Syndrome ones, the last thing that a mother to be would wish is a genetically abnormal child. ‘Friends may not count chromosomes’ but it is most advisable that a pregnant mother should count them lest they harbour a baby with extra 21st chromosome that leads to Down Syndrome. On World Down Syndrome Day (March 21), Bloom IVF, the globally renowned fertility clinic has launched a high-tech genetic screening lab for pregnant ladies. It is non invasive and a blood-based test and the latest.

Down Syndrome is a condition in which a child is born with an extra 21st chromosome. Down syndrome is a critical gene defect found at a rate of one in two thousand babies born to women below the age of 35 years and one in 50 above 35 years of age. Many genetic abnormalities including chromosomal abnormalities such as Down Syndrome can be detected with genetic testing during pregnancy.

Genetic disorders constitute an increasing proportion of stillbirths, child mortality, morbidity, disability, and Down Syndrome. For a better outcome of pregnancy, women need to be cautious about some genetic defects and those can be either due to single-gene mutations and chromosomal abnormalities. Expectant women now do not need to worry. Next-generation sequencing technology (NGS) has all potential to transform the ways experts deal with genetic defects to ensure a better outcome of pregnancy.

Every year on March 21, World Down Syndrome Day is observed to create awareness about Down Syndrome. Other disorders that can detect include Cystic fibrosis, Muscular dystrophy, Hemophilia, Polycystic kidney disease, Sickle cell disease, and Thalassemia. 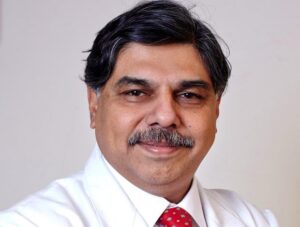 “The fear that engulfs every expectant parent these days, is the outcome of pregnancy: whether the baby will be healthy or have any defects, unfortunately, if the genetic problem is detected late, then it would lead to the birth of a physically and/or cognitively challenged child,” said Dr. Hrishikesh Pai Gynaecologist & Infertility Specialist, Bloom IVF at Fortis Hospital GK-2 New Delhi &Lilavati Hospital Mumbai. On World Down Syndrome Day, Bloom IVF – an award-winning chain of fertility clinics in India has launched BAUFICI Genetics Laboratory with advanced state-of-the-art facilities to support successful IVF treatments.

“The standard method where one can do a genetic screening of the pregnant woman either in the 1st 3 months or next three months of pregnancy. In the first three months, traditionally you can do the dual marker blood test in combination with the sonogrxamination of the baby’s nuchal thickness at 11 weeks. However, nowadays instead of doing a Dual Marker Blood test, one can do a Non-Invasive Prenatal Test (NIPT) on the blood of the mother from 10th (2.5-months) to 20th (5-months) weeks of pregnancy,” Dr. Pai elaborated.

“Down’s syndrome can be screened in the second trimester by doing a screening on the mother’s blood called the Quadruple Marker Test in association with the ultrasound examination of the baby at 18 weeks of pregnancy. One can also do a NIPT test on a mother’s blood. If the Dual Marker, NT scan, Quadruple Marker, NIPT comes positive then confirmation of Down Syndrome is done by doing the genetic testing by karyotype method on the tissue obtained by chorion villus sampling or amniocentesis,” he added.

All latest genetic tests including NIPT are now available at BAUFICI Genetics to detect abnormalities at different levels of pregnancy.

“NGS technologies including NIPT are ahead of all other technologies as they provide high-quality genetic information with accuracy. The next-generation sequencing is designed to employ massively parallel strategies to produce large amounts of DNA sequencing, from multiple samples at very high-throughput and at a high degree of sequence coverage. NGS also is more effective in assessing mosaicism in embryos, following PGTa,” said Dr. Nandita Palshetkar, Gynaecologist & Infertility Specialist, Bloom IVF at Fortis Hospital GK-2 New Delhi &Lilavati Hospital Mumbai.

“With genetic defects being a big issue in newborn babies, a host of screening tests are employed to map this. After the various screening, we come to know the root cause, and then treatment is done. These are some very critical tests to be performed at different stages of pregnancy to detect foetal abnormalities,” she added. 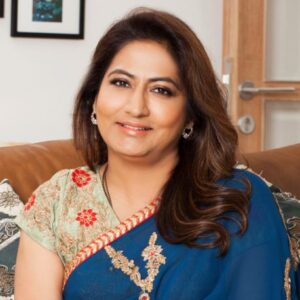 “It is very encouraging to note that BAUFICI Genetics Laboratories would be able to resolve every woman’s problem dealing with the genetic disorder. With a lot of advances happening in the field of reproductive genetics, advanced facilities such as BAUFICI Genetics Laboratories have been equipped with new technologies to perform next-generation sequencing to put expectant women at ease. Given the incidence of Down Syndrome and other disorders, India needs many such advanced screening laboratories to deal with the problem effectively,” Dr.Palshetkar said.