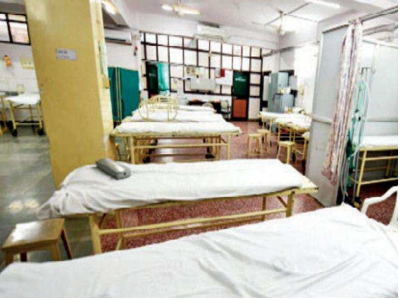 PATNA: The Bihar State Pollution Control Board (BSPCB) has issued “proposed closure notices” to 141 private hospitals in 20 districts across the state for flouting environmental norms and discharging untreated effluents into the nearby water bodies. BSPCB PRO Birendra Kumar said the erring hospitals have been given 15-day time to explain their positions, failing which final closure notices will be served on them.

“An inspection was conducted across the state to identify the hospitals that have not installed effluent-treatment plants (ETPs) to dispose of liquid waste in an environment-friendly manner. Many hospitals were having such plants, but not operating them on regular basis. Such hospitals have also been served proposed closure notices. The board will conduct inspections in rest of the districts soon,” said a press note issued by the BSPCB on Thursday.

“Proposed closure notices are issued under Section 33A of the Water (Prevention and Control of Pollution) Act, 1974. Altogether 141 private hospitals in 20 districts were identified as the units discharging harmful effluents into the nearby water bodies,” the PRO added.

The BSPCB has also issued proposed closure notices to nine industrial units for causing harms to the environment. These units include two brick kilns in Nawada and a brick kiln, a rice mill and four other industrial units in Gaya.