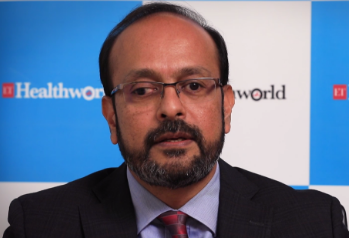 Shahid Akhter, editor, ETHealthworld spoke to Suresh Pattathil, CEO, Ferring India, Mumbai to know more about Carbetocin in the light of Champions Clinical Trial and its impact on Post- Partum Haemorrhage in India

Tell us more about the Champions Clinical Trial
The champion trial is a multi-centric study in 13,000 women across 10 countries and this is a public private partnership between WHO, MSD for Mothers, Ferring and Carbetocin heat-stable which is a new research product of Ferring. This trial results have been now published in the New England Journal of Medicine and the result shows that Carbetocin heat-stable is as efficacious as oxytocin which is not heat-stable, a temperature control product and it gives you the same results. The advantage of Carbetocin heat-stable is that it can be kept at any temperature and it would work in preventing postpartum haemorrhage which is one of the biggest causes of death in women at child birth.

Tell us about the Post- Partum Haemorrhage scenario in India and how the trial will impact India?
If you look at maternal mortality in India when we started the millennium development goals, was around 400 per thousand women. Now after we have completed the millennium development we have reached 160 out of 1000 women. Major reason for this reduction in mortality was, as a result of institutional births but a large part of these maternal deaths are due to Post- Partum Haemorrhage and we hope that Carbetocin heat-stable which can be kept in any temperature unlike oxytocin which has to be stored between 2-8 degrees can really help in preventing Post- Partum Haemorrhage and thereby reduce in maternal mortality.

Carbetocin in terms of efficacy is similar to oxytocin as from the results of the clinical trial which we just completed and the advantage of Carbetocin heat-stable is that it can be kept for more than 3 years at 30 degree centigrade and at 40 degree centigrade it can be kept for more than 6 months. So which means that you can store Carbetocin heat-stable at room temperature and it can work very well. In lower resource countries and places where the electricity may not be appropriate, you would find that the oxytocin will not work the way it should work. Thereby Carbetocin heat- stable would be a real benefit to make sure that it works very well in preventing Post- Partum Haemorrhage.

What are the advantages of Carbetocin and how is the supply chain designed?
Carbetocin heat-stable will be manufactured in two places, one in China where we have our own manufacturing facility and the other one will be in India where we are getting into a partnership with the third party for manufacturing of Carbetocin heat-stable. So these will be a two main supply sites for Carbetocin for this global excess programme.
Collaboration of Ferring pharmaceuticals, WHO and MSD for Mothers
This is a tripartite public private partnership which we had when WHO conducted trail in almost 6 sites in India and these were WHO sites: Bagalkot, Belgaum, Bijapur, Cuttack, Nagpur, and Varanasi. We had almost 7000 of the 30,000 women from India. The whole idea was that if we get the results and when it is published and we get the regulatory approvals, the agreement is that Ferring would supply the drug at accessible, affordable prices or in similar to that of oxytocin to all these markets where according to WHO, there is high need for Carbetocin heat-stable. So it’s been published now in the New England Journal of Medicine and with this result we will go to the regulator for approval of Carbetocin heat-stable and the second part of the agreement between WHO, Ferring and MSD was that Ferring will supply to the public market at a sustainable affordable price equivalent to that of oxytocin in the public market in these countries.

Future Plans
Ferring India started its operations in India in 1996 as a wholly owned subsidiary of Ferring pharmaceuticals from Switzerland and we have commercial operations in Bombay. We also have an R&D centre which we set up in 2008. We also have a manufacturing facility for API’s in Ambernath. We are present in almost all the therapeutic areas: Infertility treatment is one of our major areas, in addition to that we gastroenterology, urology for prostate cancer and most of the products which we sell are original research product of Ferring and its differentiated from the other products which are available in the market. In addition to that now we are going to expand our operations in Hyderabad. We would like to set up a fully functional development centre as well as the pilot plant and manufacturing facility in Hyderabad.

In the next few years we will be launching products from our global portfolio, mainly in the areas of obstetrics, uterine fibroids, gasteroenterology, ulcerative colitis, and infertility treatments. These are all original products of Ferring.