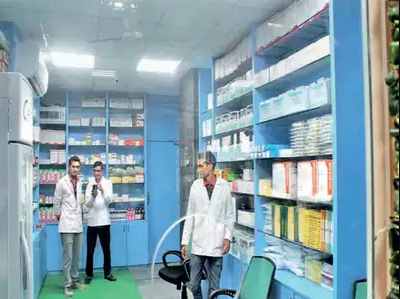 Dr. G Dewan, director, health services, UT said that the licenses were given to sell only generic medicines and those who are using the same permit for selling non-generic medicines will not be allowed to function.

Jan Aushadi stores have been opened under the Jan Aushadhi campaign initiated by the Indian government for selling quality generic medicines to all at affordable prices. The Jan Aushadhi project is an initiative of the department of pharmaceuticals, ministry of chemicals and fertilizers, Government of India, and is being coordinated by the bureau of pharma public sector undertakings of India which would be the main suppliers of the medicines under this project.

The Chandigarh UT admin already waived the rent, power and water bills of the Jan Aushadi stores as they are helping people in providing cheaper medicines to the patients. These stores have been functioning in PGI, GMCH 32 and GMSH-16.

This has not happened for the first time at UT, the health department has found such violations before too. In 2015, officials at the Government Medical College and Hospital (GMCH), Sector 32, had conducted a surprise check where they found stores were selling branded medicines.