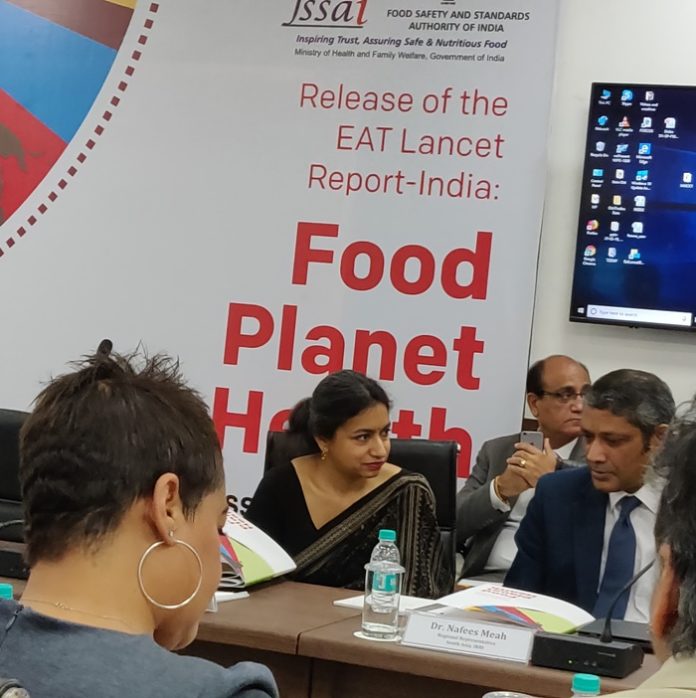 New Delhi: What people are eating and what they are not eating today are both killing them in India and elsewhere in the world, more than tobacco does.

Given the grim scenario of diet related deaths and disabilities, transformation to healthy diets is the need of the hour. EAT-Lancet Commission is part of the global quest for ideal healthy diets and its report is being looked as one of the most influential public health documents of this decade. It has come out with flexible guidelines for healthy diets. Since the way foods are being produced is contributing to climate change, Commission diet guidelines have factored in health of the planet as well. The commission has envisaged great food transformation by 2050.

According to report, the transformation needs to entail sizable dietary shifts. Commission’s EAT Lancet Report ‘Food Planet Health’ advocates substantial increase in the consumption of fruits, vegetables, nuts and legumes and heavy reduction in the consumption of red meat and sugar. According to report, a diet rich in plant based foods and with fewer animal sourced foods including dairy products confers improved health and environmental benefits.

Seeing great relevance of the report for India, Food Safety Standards Authority of India (FSSAI), the food regulator, initiated a comprehensive discussion on April 4 in its headquarters around this seminal report and has taken upon itself to disseminate the message all over country. The take away of the discussion was unsafe diets coupled with non nutritious foods are wreaking havoc. Heart attacks, strokes, diabetes and cancers boil down to these deadly foods. 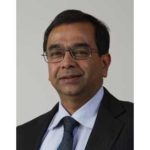 Talking to Medicare News, Dr K. Srinath Reddy, one of the two Indian Commissioners on the EAT-Lancet Commission and President, Public Health Foundation of India said, ‘Given the ever growing burden of chronic diseases in India, this is a very relevant report for India to act on. India must immediately embark on transformation to healthy diets. India’s dietary habits do not augur well for the health of people. In India, use of fruits and vegetables are abysmally low. In fact, majorly being a veggie country, India should take lead in this great dietary transformation mooted by EAT Lancet Commission. The way we produce food and the kind of food we are eating are creating nutrition security risks. India should go for dietary diversity and increase consumption of pulses’

Dr Reddy, formerly cardiology head in AIIMS (All India Institute of Medical Sciences) further said, ‘ Food based dietary guidelines formulated by National Institute of Nutrition (NIN), Hyderabad need to be revised in the light of this report. NIN is seized of the matter and its head called me regarding ways to unveil transformation to healthy diets. We need to find a safe space to provide nutrition security to everyone by 2050.’

EAT-Lancet Commission’s ‘Food Planet Health’, was formally released for India today at the headquarters of the Food Safety and Standards Authority of India (FSSAI). Policy-makers, development agencies, embassy representatives, farmers’ associations, food tech entrepreneurs, researchers and students were present at this event, which was webcast live to 43 colleges across the country.

Authored by 37 international experts, including two from India, brought together by EAT, the science-based global platform for food system transformation, and Lancet, one of the world’s most prestigious peer-reviewed general medical journals published weekly since 1823; the EAT-Lancet Commission’s report, for the first time ever, proposes scientific targets for what constitutes a healthy diet derived from a sustainable food system.

The Global Alliance for Improved Nutrition (GAIN), a global initiative launched by the United Nations in 2012 to make nutritious food more affordable, and Tasting India, an international platform for food policy advocacy, partnered with the FSSAI to present the event and share the key takeaways with their respective social media audiences. 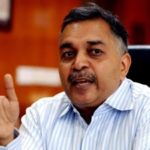 “The programme has been planned in a way to create a nationwide conversation around the document,” Mr. Pawan Agarwal, CEO, FSSAI said. “A video report will also be prepared for distribution among key stakeholders, via FSSAI’s Network of Professionals of Health and Nutrition (NetProFan), so that they in turn hold workshops to prepare action plans based on the recommendations of the report.” He added, the strategy was an expression of the FSSAI’s belief that “consumer empowerment is the key element” of its strategy to create a market- demand for safe food and healthy diets.

In his welcome address, Mr Aggarwal said “With 1.35 billion people, that is 1 out of 6 people globally here in India, India would soon surpass China to become the most populated nation in the world and that too on one-third of the landmass of China. Feeding all our people, a healthy diet in a sustainable manner without compromising our ecology and environment is going to be the most important challenge for us in the coming decades. Therefore, the framework provided in this report is very, very important to us in India.”

Dr. Lawrence Haddad, World Food Prize Winner and Executive Director, GAIN, in his keynote address presented some key steps required for the ‘Great Food Transformation’ such as taxes on unhealthy foods, subsidies for healthier food options, soft policies, leaderships in the public and private sectors and strong civil society movements. Highlighting the importance of food safety, he also cautioned “As food systems become more formal and organized, food safety threats increase, not decrease. FSSAI has brought the worlds of food safety and healthy eating together. You can have safe food that is not nutritious but you cannot have nutritious food that is not safe.”

Madhavi Das, Executive Director, FSSAI, in her presentation, underlined Government Action on Five Strategies for the Great Food Transformation.Dr Nafees Meah, South Asia Representative, International Rice Research Institute spoke about the importance and methods of promoting healthy and sustainable diets through rice-based systems in South Asia because it has the highest consumption of rice per capita.

Ambassador Banashree Bose Harrison, Honorary Executive Director, Tasting India, pointed out, “India is one of the leading food producers of the world in several sectors, so this report is critical for India in particular. India can be a beacon for rest of the world as traditionally, we have incorporated plant-based foods in delicious way.” She urged young chefs to create healthy recipes which are affordable, diverse and healthy at the same time since “both the palette and the purse matter.”