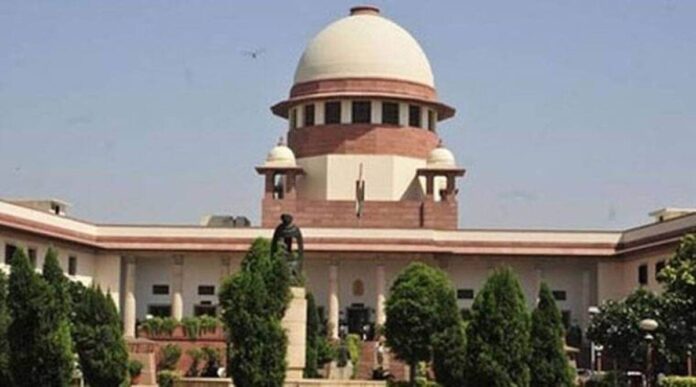 New Delhi : In connection with the ongoing dispute between several pharmacy colleges and the Pharmacy Council of India (PCI) on allowing new pharmacy colleges, the Delhi High Court has directed the latter to open the portal for the colleges to submit their applications for the academic session 2022-23.

The order, dated June 17, comes in petitions filed by several pharmacy colleges seeking directions to PCI to permit and allow them to submit the requisite applications for seeking approval for pharmacy courses for the academic session 2022-23.

The PCI in two circulars dated July 17, 2019 and September 9, 2019, issued a moratorium upon opening of new pharmacy colleges for a period of five years commencing from the academic year 2020-21 and it was against these circulars, the Colleges approached the Delhi High Court earlier. A total of over 2,500 colleges filed writ petitions against PCI in the Delhi High Court and the orders were passed in favour of these institutions, in March, 2022.

The colleges alleged that despite an order from the Delhi High Court on March 7, 2022, quashing the two circulars from PCI, the statutory body has not opened the portal for the petitioners to apply. A co-ordinate bench in a batch of petitions in May 31, 2022, also directed the PCI to open the portal for certain petitioners to submit their applications.

“Accordingly, it is directed that Respondent (PCI) shall open the portal wherein the petitioners would be entitled to submit their applications for the concerned courses for the academic session 2022-23,” said the order issued by Justice Jyoti Singh, on June 17. The Court added that the applications shall be processed in accordance with the laid down procedure and shall be subject to any order passed by the Supreme Court in an appeal filed by the PCI regarding the moratorium.

Earlier this month, the Supreme Court of India (SC) in the appeal, directed the PCI to accept and process the applications from these pharmacy colleges, though the decision on them would be based on its final order.

The PCI has approached the Supreme Court against these orders. The Apex Court in its interim order earlier this month directed the PCI to accept and process the applications from the pharmacy colleges which received the favourable order from the Delhi High Court, though the final decision on these applications shall not be taken till the final order of the Supreme Court.

The Division Bench of SCI has said that the two special leave petitions filed against the High Court orders will be treated as the lead matters, but asked all parties to complete their pleadings by July 22, 2022. The matter is listed on July 26 for further proceedings.

PCI, the statutory body working under the Union ministry of health and family welfare, in its circular dated July 17, 2019 said that during its 106th Central Council meeting a resolution was unanimously passed “to put a moratorium on the opening of new pharmacy colleges for running diploma as well as degree courses in pharmacy for a period of five years beginning from the academic year 2020-21”.

The moratorium shall not be applicable in the North Eastern region of the country where there is a shortage of pharmacy colleges. The decision was taken after the meeting raised concerns about the mushrooming of pharmacy colleges in the country, considering there are around 1,985 D.Pharm and 1,439 B.Pharm institutes in the country. The annual intake of students in these institutes, both D.Pharm and B.Pharm, is 2.19 lakh.

This available workforce is enough to meet the current pharmacist-to-population needs of the country. The rapid increase in the number of pharmacy colleges over the last decade may result in shortage of trained and qualified teaching faculty which may affect the quality of education imparted to students. The pass out students are not getting reasonably paid job opportunities in public as well as in the private sector, said the Circular.

In the Circular issued on September 9, 2019, it added that the moratorium is subject to the conditions including that it will not apply to the government institutions, institutions in the North Eastern region, and to the States/Union Territories where the number of D.Pharm and B.Pharm institutions, combined, is less than 50. Another condition was that the existing approved pharmacy institutions will be allowed to apply for increase in intake capacity as per PCI norms or to start additional pharmacy courses.