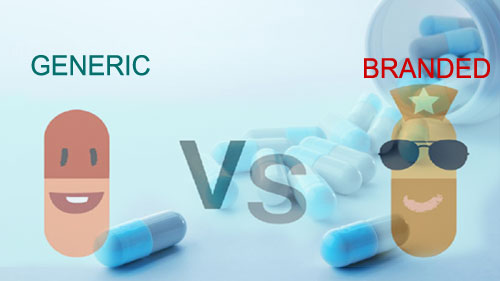 New Delhi: The Medical Council of India has issued notification thereby amending clause 1.5 of Chapter ‘A’ of regulation.  Said amendment provides as under

“Chapter A, (Part A) Clause 1.5” Use of Generic names of drugs.–[Every physician should prescribe drugs with generic names legibly and preferably in capital letters and he/she shall ensure that there is a rational prescription and use of drugs”]

From above at first instance it appears that doctor have to write ‘generic name’ of the drug. The fears of disciplinary action for ‘professional misconduct’ have been echoed by the Medical Practitioner in default of not writing ‘generic name’. Various opinion pondered on the issue and majority are made to believe that the words “should” used in the amendment is only advisory in nature and that doctors may write ‘generic name’ and can also place the “brand name” of the drug. As the word “only” or word “shall” is missing from the notification.

It appears that opinion formed by various section is correct but for other reasons also it can be said that no disciplinary action can be initiated by the MCI, against the doctors many technical reasons prohibited under the law. The amendment is not well thought and without considering the “Ethic Regulations” itself.

Medical Council (Professional Conduct, Etiquettes and Ethics) Regulations, 2002, has been framed by MCI in exercise of power under section 20.A of MCI Act, 1956. Sub-section of said section requires Council to specify which violations shall constitute infamous conduct i.e. professional misconduct. Under Section 33 of MCI Act, 1956, Council has been given power to make Regulations prescribing for standard of professional conduct and etiquettes and code of ethics. The Regulation has different chapters and under chapter 7, list of act have been given as misconduct and specifically various act which already been covered in other chapters was reproduced to treat them as professional misconduct. Regulation 7.1 gives one general regulation stating that violations of the regulations shall constitute misconduct.

That it must be noted that when section 20.A provides that the council may specify violations which shall constitute professional misconduct, without amending chapter 7, no penal action can be taken under the regulation by way of disciplinary action.

Further, the present amendment is also violative of constitutional right of the medical practitioners as well as the pharmaceuticals companies. The present amendment is again not in public interest. The judicial notice of such type of amendment was taken long back by Hon’ble Delhi High Court (DB) in Hoechst Pharmaceuticals Vs. C.V.S. Mani, 1983(3)PTC265(Del). In that case the Central Government, had introduced the amendment to Rule 96 and added schedule W to the Rules. It was provided that in respect of some formulations, the company has to print only the generic name on the label. It was opposed by the pharmaceuticals companies on the ground that the choice of drug will shift from the qualified doctors and specialist to a chemist shop. It was held by the court that the consumer cannot be left to at the mercy of chemist, who may give any drug as per his choice. Hon’ble Delhi High Court (DB), further held that “Similarly, we cannot accept the contention that there would be no difference in formulations made by different formulators out of the same bulk drug. It was further held that obviously, there is the difference in what the petitioners call the bioavailability, i.e. therapeutic impact. Court further observed that “What has been said by first three respondents that there is no particular difference in therapeutic impact of various formulations manufactured from the same bulk drug cannot be accepted”.

From above, it can be found that the issue whether the sale of the drug shall be left to the choice of the chemist is negetivated by the DB of Delhi High Court. After the judgment said Schedule was deleted vide GSR94(E) Dated 08.05.2000. The impugned amendment in Rule 96 then was struck down.

In ultimate analysis the it can be said that (i) Notification gives option to the doctors to prescribe the brand name along with generic name. (ii) The act of not writing generic name is not infamous professional misconduct and (iii) there cannot be any disciplinary proceedings against the doctor on the basis of amended regulation as the act is not misconduct.

It is therefore concluded that amendment to Regulation 1.5 if taken as advisory only, then it is not violative of constitutional provisions and article 14 and 19(g) of Constitution of India, but if it is made mandatory, then the regulation must be subject to judicial scrutiny and must be held with disregard to the DB judgment of Delhi High Court, for which judicial review lies besides contempt proceedings under Contempt of Court Act, 1971

Statutory Disclaimer:
The view given above is the opinion of the Author. This article has been drawn based on Judicial pronouncements and provisions of the Law.