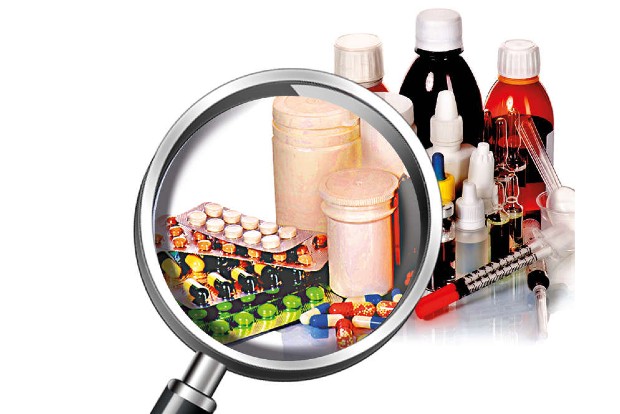 Chennai : The State Drugs Control Department had collected around 10,000 samples of medicines for over a year across the State to analyse their quality and data for a few drugs has revealed the sub-standard quality of products being distributed by manufacturers.

The samples were collected from retail shops, distributors, manufacturing units, factories, government hospitals and pharmaceutical units through drug control inspectors.
The collected samples were sent to Kings Institute for a detailed analysis on the quality of the product and other standards that a manufacturer needs to deliver. However, several commonly used medicines were found to be of sub-standard quality and declared ‘not of standard quality’.
“The samples of drugs and medicines collected from each zone undergoes a quality check and there are 15-20 inspections conducted in a month. With several drug manufacturers mushrooming, it is very important to keep up with the quality of medicine and we will undertake action against criminal activities in a trial court,” said Drug Controller K Sivabalan.
He said that the identification of sub-standard quality medicines is generally done through sample collection and analysis. “Complaints are also received against fake medicines and misbranding of drugs. Hence we hold regular inspections to ensure manufacturers don’t compromise on standards,” he said.
However, the main reasons behind these are manufacturing defects and storage issues. The drugs found to be of poor quality were paracetamols, sucralfate, oxetacaine and several calcium ones. We have undertaken suspension of units for sub-standard quality of sucralfate and oxetacaine, he noted.
The State Drugs Control Department officials said that manufacturers can face licence suspension and criminal proceedings. Recently, the Drugs Controller General of India issued instructions on forming task forces in all States to inspect manufacturing units that have been identified to be involved in manufacturing of fake medicines.