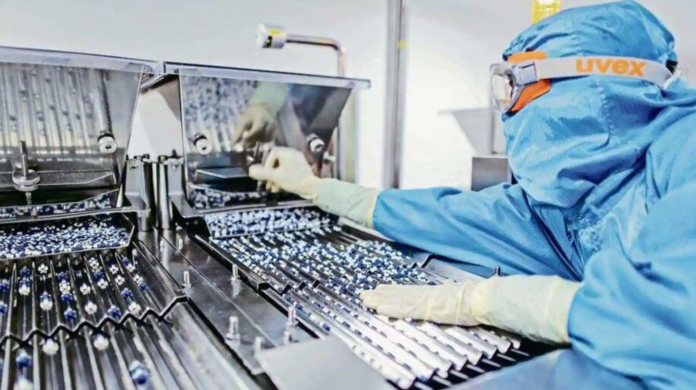 New Delhi : In 2019, Asha’s toddler son had a bout of illness. The three-year old would frequently vomit while at the day-care facility he attended, and refuse to eat lunch. Asha, who works at a medical-diagnostic chain in Mumbai, approached her trusted paediatrician. His investigations revealed that the child had gastroesophageal reflux disease—a condition in which stomach acid travels up the food pipe, causing pain and nausea.

The paediatrician prescribed a commonly used drug for this condition, a syrup of the acid-blocker ranitidine. The brand name was Rantac Syrup, and it is sold by JB Chemicals, one of India’s largest manufacturers of the drug. After a two-week course, Asha’s son seemed to get better. But the reflux kept coming back, and Asha says doctors freely prescribe Rantac Syrup whenever kids have nausea. Just last month, when her son, now five years old, had fever and nausea, he got the same prescription again.

Unknown to Asha, however, ranitidine sales are either suspended or tightly circumscribed in several countries today. The USA, the European Union and Australia prohibit sales of this popular drug because the ranitidine molecule can break down into a potent carcinogen called N-Nitroso-dimethylamine or NDMA. In Canada, manufacturers are required to test samples from their batches at multiple times during the drug’s shelf life, to make sure NDMA is below safe limits.

The suspension of ranitidine sales in multiple countries, which happened in 2020, is just one part of a much bigger crisis that has engulfed the global pharmaceutical industry. The crisis first crept up in June 2018, when the European drug regulator, the European Medicines Agency (EMA), learnt that batches of a drug used to treat high blood pressure, called valsartan, had dangerously high levels of NDMA. In the three years since, the European agency and regulators of several other countries, including the US Food and Drug Administration (US FDA), Health Canada and Australia’s Therapeutic Goods Administration, have discovered not just NDMA, but several other related compounds in a variety of drugs. These contaminated drugs include ranitidine, two tuberculosis drugs called rifampin and rifapentin, two diabetes drugs called metformin and pioglitazone, and several of the so-called sartan group of blood pressure drugs, including valsartan, losartan and irbesartan.

The findings were deeply troubling for consumers because NDMA and many of its related compounds—together called nitrosamines—are strong carcinogens among animals, and likely have the same effect in humans. And the discoveries of nitrosamines in so many drugs suggested that contamination could be widespread. This realisation has sent EMA, US FDA and other regulators scrambling to control nitrosamine levels in drugs. Actions so far have included recalling and suspending sales of contaminated batches, widespread testing of samples, and the introduction of sweeping new quality-control measures to prevent future contamination. All these actions have happened in full public view, with the regulators sharing their decisions continuously with patients, doctors and manufacturers.

Yet, many Indian users of the affected drugs, like Asha, never learnt about the nitrosamine problem. This is because, all through the global turmoil, the Indian drug regulator, the Central Drugs Standard Control Organisation (CDSCO), barely communicated with consumers, except to make occasional claims to media outlets that Indian drugs were untouched by the nitrosamine issue.

In fact, CDSCO doesn’t seem to have done much behind the scenes either. Since 2019, CDSCO head V.G. Somani has only sent two short and rudimentary communiques to state drug regulators, asking them to inform pharma companies to “verify their products” and to “take appropriate measures to ensure patient safety”. These communiques do not ask companies to recall or suspend sales of their products if nitrosamine levels are high, nor to conduct risk assessments.

It is also unclear if CDSCO independently tested Indian drug products for nitrosamines, instead of merely leaving it to manufacturers. In fact, the CDSCO’s four central drug-testing laboratories do not have the equipment required to do such tests. Responding to questions from Mint, S. Eshwar Reddy, joint drugs controller of India, said these labs did not have instruments called Liquid Chromatography-High Resolution Mass Spectrometry systems (LC-HRMS) or Liquid Chromatography-Tandem Mass Spectroscopy systems (LC-MS-MS), both of which are crucial for measuring nitrosamines. It is possible that CDSCO conducted such testing in private labs, but neither Somani, nor Reddy answered questions on whether this was ever done.