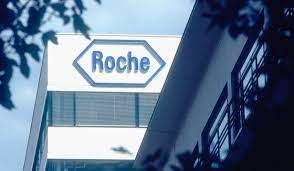 New Delhi : An expert panel under the Central Drugs Standard Control Organisation (CDSCO) has recommended to the drug regulator to withdraw the approval it has given to Roche Products (India) for marketing its anti-cancer drug atezolizumab (brand Tecentriq in US) for the indications of triple negative breast cancer (TNBC) and urothelial carcinoma till the safety and efficacy data on Indian population is available.

The Subject Expert Committee (SEC) which scrutinises the applications for oncology and haematology drugs, in a meeting held on February 24, took the decision after Roche presented a proposal in the previous meeting informing the committee regarding the voluntary withdrawal of atezolizumab injection for these indications in United States of America.

The committee noted that the firm was granted accelerated approval by US Food and Drug Administration (FDA) subject to the condition that continued approval for the indication may be contingent upon verification and description of clinical benefit in the confirmatory trials. Further, the drug did not meet the primary endpoints in the phase III confirmatory trial.

The initial approval for atezolizumab was accorded in March 2017 based on the phase II data generated in the USA (accelerated approval). However, the indication has been voluntarily withdrawn in consultation with the US FDA as the phase III study did not meet the primary end-point.

“After detailed deliberation, the committee recommended that the firm should submit safety and efficacy data from phase III clinical trial in Indian population for continued marketing of the drug in the Triple negative breast cancer and also recommended that the approval for marketing for the indication in the country for Triple negative breast cancer should be withdrawn till safety and efficacy data are available in Indian population,” said the SEC in the latest meeting.

In the earlier meeting, held on January 27, the panel observed that the drug for the indication of metastatic urothelial carcinoma is still continued in other countries and decided to deliberate the results of the trials in presence of urologist and uro-surgeon for taking decision on the matter. For the indication of triple negative breast cancer also, it decided to deliberate the results in the presence of an onco-surgeon before taking a decision.

Roche India announced the launch of atezolizumab for treatment of metastatic TNBC in India on April 8, 2020.

Atezolizumab in combination with nab-paclitaxel, is indicated for the treatment of patients with unresectable locally advanced or metastatic TNBC- whose tumors have PD-L1 expression =1%, and who have not received prior chemotherapy for metastatic disease.

Previously, atezolizumab has been approved either alone or in combination with targeted therapies and/or chemotherapies in various forms of non small cell lung cancer (NSCLC) and small cell lung cancer (ES-SCLC) and for certain types of untreated or previously treated metastatic urothelial carcinoma (mUC) with improved survival outcomes, comparable safety profile and improved quality of life.

The company on August 27, 2021, announced that it has made a decision to voluntarily withdraw the US accelerated approval of Tecentriq in combination with chemotherapy for the treatment of adults and unresectable locally advanced or metastatic TNBC.

“Roche made this decision following consultation with the US FDA, based on the agency’s assessment of the current mTNBC treatment landscape and in accordance with the requirements of the accelerated approval programme. This decision only impacts the mTNBC indication in the US. It does not affect other approved indications for Tecentriq in the US and outside the US, including mTNBC. This is not related to any changes in either the efficacy or safety associated with Tecentriq,” said the company during the time.