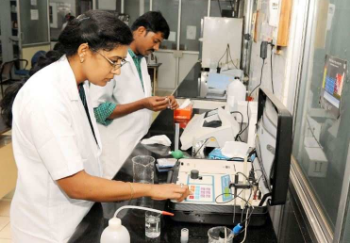 NEW DELHI: In a move to ensure safer medicines, the Centre plans to designate two new laboratories — in Mumbai and Chennai — as ‘appellate testing laboratories’, to check drug samples collected by regulators as part of market surveillance and plant inspections.

While the labs in Chennai and Mumbai are fully equipped, they have so far been used by state regulators. The central regulator will upgrade them to ensure they are prepared to deal with demands.

The new laboratories will add to the government’s capacity to test samples as currently there is only one such central drug testing lab in Kolkata. The central facilities are expected to improve standards and also be less susceptible to manipulation as they will function under government supervision. The different laboratories will enable samples being randomly sent to any of the facilities for testing.

Apart from random sampling from the market and products that seek approvals from the regulator, the central drugs standard control organisation also undertakes a massive exercise annually, which involves collection of around 50,000 samples from across the country to check counterfeiting and ensure quality of medicines. All these samples were so far sent to the Kolkata laboratory.

Now, with government planning to increase frequency of inspections as well as fast track process to process approvals in time, capacity and fidelity of testing has emerged as a major concern.

“At present companies know where we are sending product samples and can sometimes manage the system. Designating multiple laboratories can check this,” an official said.

The proposal is part of the agenda to be taken up by the drug regulatory Drugs Technical Advisory Board for final approval in its upcoming meeting by end of this month.

In absence of authentic data, regulators struggle to keep a check on quality of products being sold to patients. Quality assumes significance as India is the largest supplier of low-priced generic medicines to the world and has faced strong criticism on standards.