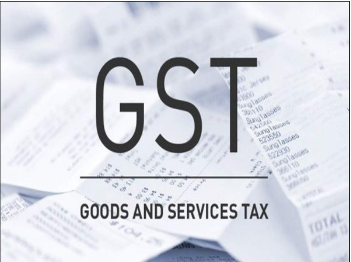 AHMEDABAD: With numerous companies choosing Gujarat to set up their new pharmaceutical plants following the implementation of Goods and Services Tax (GST) contract manufacturers are also making a beeline to the state to get their drugs made here. The rush is evident from the fact that in the past three months alone, Gujarat Food and Drug Administration (FDCA) granted licences to 150 entities for contract manufacturing.

“Around 150 loan-licences have been granted over the last three months. The firms that outsource manufacturing of drugs to other pharma companies in Gujarat are required to obtain loan-licences from the state FDCA,” said H G Koshia, commissioner, FDCA, Gujarat. The companies that use their own plants for making pharma products are issued own-licences for manufacturing.

Industry players and experts opine that scores of pharma companies and contrac t manufacturers are preferring states with better infrastructure and ecosystem over tax-havens after GST, which has narrowed the production cost difference between tax-exempted states and other regions like Gujarat. Gujarat FDCA has also approved construction of 155 new pharmaceutical manufacturing facilities in the state since July 2017, when GST came into force.

“With tax sops, the manufacturing of pharma products in tax havens — Himachal Pradesh, Jammu and Kashmir, Uttaranchal and Uttarakhand among others — was nearly 35% cheaper than states that did not offer tax incentives. The cost difference, however, has substantially reduced after GST,” said Koshia. “ As a result, many pharma firms, including contract manufacturers, are preferring Gujarat, which is among top states in terms of pharma production,” he added.

According to industry sources, the production cost difference between exempted and non-exempted states is not more than 2% after GST.

“Contract manufacturers did not get any credit on excise paid by them in the previous tax regime. Hence, many turned to tax-havens as they did not have to pay any taxes. However, these companies now can claim input tax credit (ITC) on raw material under GST,” said Chirag Doshi, former chairman, Gujarat Chapter, Indian Drugs Manufacturers’ Association (IDMA). “Apart from new plants, contract manufacturers turning to Gujarat are expected to help the state increase its share in India’s pharmaceutical market from current 31%-32% to 35%-38% over the next few years,” Doshi added. Soon after the tax holidays were announced starting with Himachal Pradesh in 2003, the exodus of pharma units to tax havens had brought Gujarat’s share in India’s pharma market down to less than 25% from 42% in the first decade of this century.