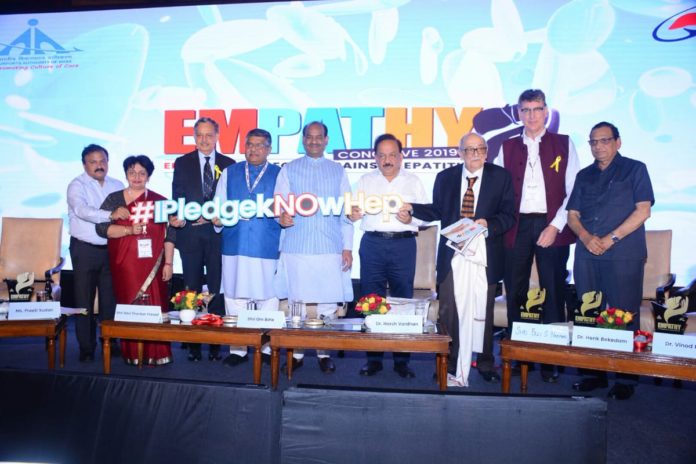 New Delhi: My brother’s death from liver cirrhosis at a young age of 45 was an eye opener. There was a panicked flurry of tests for hepatitis B in my extended family.

The event dates back to 2011 but circumstances of his death are still relevant to World Hepatitis Day (July 29). He was also a journalist and a member of Press Club of India. When he was diagnosed a patient of liver cirrhosis, we imputed it on his drinking habit. Alcoholism stuck on him as a stigma. But just before his end, a revelation in AIIMS by a friend gastroenterologist wiped it out.

When the said doctor enquired, I wryly said he was a member of Press Club of India and his over drinking habit (we would think he must be a hard drinker) wreaked havoc on his liver. The doctor looked at reports and said my brother was dying of hepatitis B, not due to alcoholism. Also that, my brother perhaps did not drink much.

We concluded the utter lack of awareness about hepatitis infections killed him. Ever since then, test for hepatitis B has become a norm strictly followed in my family.

In the light of circumstances of his demise, the call for creating a mass movement to combat viral hepatitis given by Lok Sabha speaker Om Birla is bang on. He has said just a in the case of polio, the country must join hands to make India free of the disease. Mr Birla spoke these words on occasion of the launch of a year-long countrywide campaign by the Indian Institute of Liver & Biliary Sciences (ILBS) on Saturday.

‘There is an urgent need a people’s movement and mass participation to raise awareness about hepatitis, especially hepatitis B and C, just like we did to fight polio,’ Mr Birla said.’ He promised that he would make a request to all Members of Parliament to aggregate their voice to raise awareness about the disease, its causes and prevention in their respective constituencies, he added.

Union Health Minister Harsh Vardhan urged people to come together to fight hepatitis, saying, ‘We have fought the scourge of Polio with a mass and sustained campaign and succeeded in eradicating polio. We can replicate that in case of viral hepatitis as well. It may seem to be a herculean task, but it is certainly not impossible.’

Underlining disease’s link to alcohol, Vardhan also urged people to start a ‘new trend’ of not serving liquor at weddings, conferences and other public functions, and to ‘take pride in it’.

The campaign — EMPATHY (Empowered People Against Hepatitis) — seeks to educate people about viral hepatitis and raise awareness about the discrimination faced by people affected by it.

‘Most of the mortality due to viral hepatitis is attributed to hepatitis B and C, which are also known as silent killers as over 80 percent of the infected people aren’t aware of their infection,’ it said.

Union Law Minister Ravi Shankar Prasad at the event stressed on the need for a sustained campaign to fight hepatitis.‘From my ministry, let me know whatever help is needed, or any legal amendment is needed to ensure no such patient is discriminated against or denied any job. We support this cause,’ he said.