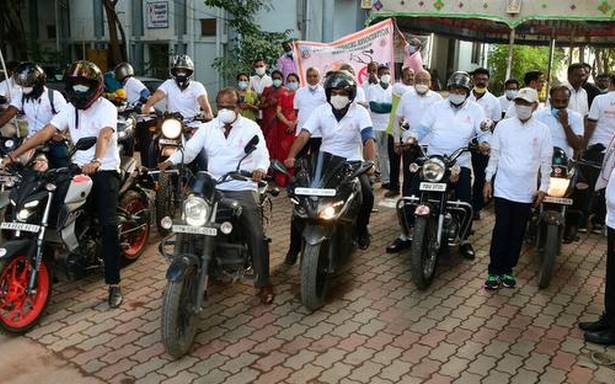 Mumbai : The Indian Medical Association (IMA) has announced that the association will begin a mass petition movement from February 15 to March 31, 2021 against the Central Council of Indian Medicine (CCIM)’s notification allowing Ayurveda doctors to perform surgery.

IMA also said that it will submit a list of 1,000 modern medicine doctors willing to serve in remote areas of the country to counter the false claim of lack of doctors.

IMA also announce non-cooperation movement henceforth in which modern medicines surgeons and anesthesiologist shall not cooperate with Aayush persons training and performing surgery.

The association had held a pan-India relay hunger strike from February 1-14 on the issue.

“All IMA members, all specialty organisations, all modern medicine students and all women doctors across the country will educate people about this retrograde and unscientific mixing of different systems of healthcare. All modern medicine hospitals will promote the importance of scientific ethical surgical expertise,” stated Dr J A Jayalal, national president, IMA.

In the notification, about 58 surgical procedures which include general surgery, urology, surgical gastroenterology, ENT, ophthalmology and dental medicine are notified by CCIM that Ayurveda postgraduates in Shalyathanthra and Shalakyathanthra are mandated to undergo training to independently perform the procedures.

IMA added that the “impractical, unscientific and unethical notification” should be immediately withdrawn.

Dr Jayalal added, “IMA with all doctors of modern medicine in the country will make this agitation sterner and more aggressive. The association will educate people of the country against the unsafe and unprofessional mixopathy. Doctors across all states of the country, all metropolitan cities, towns, rural and urban areas have raised against this draconian planning to mix the different systems of healthcare.”

The association added that it has begun its mission to oppose mixopathy and IMA with its all-modern medicine doctors in the country is set to fight this battle to the logical and righteous end.

The association stated that it has categorically expressed its righteous say against this extremely serious move to allow Aayush postgraduates to perform 58 surgeries.

“The government policy of mixopathy of all systems is unethical in which the mutually unrelated in principles and mode of operandi are integrated unscientifically together as a one system. IMA opposes strongly the proposal to make single doctor practicing all systems together,” added IMA.