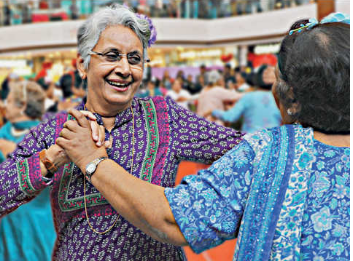 India’s population will touch almost 1.7 billion by 2050 but its child population (those below 15 years of age) is projected to come down by 20% over the next 32 years. The population of Indians above 65 will in the meantime increase almost three times. As a result, India will go from being characterised as a country with moderate child dependency at present to one with a high old-age dependency by mid-century, new population projections by the US-based Population Reference Bureau suggest.

At the same time, the share of the 65+ population will rise from less than one in 10 in 2018 to about one in six. PRB, a private non-profi t, collects and analyses demographic data from across the world. According to PRB projections, in India, children will form 19% of the population in 2050, down from 28% in 2018, while the proportion of those above 65 years will rise to 13% from 6%.

In 30 years, India will have fewer children than today

According to PRB, India is set to reach two major milestones in the next 10 years — it will surpass China to become the world’s most populous country and also reach replacement fertility as families have fewer children. Replacement fertility means that each couple has, on average, only enough children to “replace” itself in the population without increasing the size of the next generation.