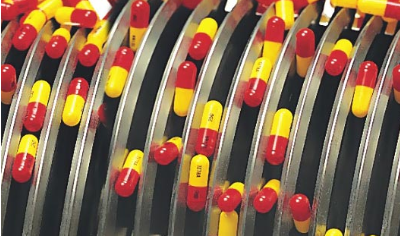 An effort by the World Intellectual Property Organisation (WIPO) to bring in a new rule that would allow countries to delegate the functions of their patents office to another country or international organisation has set alarm bells ringing among many developing countries and activists working on access to medicines. They fear such a rule could result in smaller countries in particular being coerced to delegate these functions to countries or organisations that would push for more stringent intellectual property protection and easier patenting, which could affect access to medicines and India’s pharma exports to them.

The WIPO secretariat, which is responsible for administering the patent cooperation treaty (PCT), an international agreement of more than 150 countries including India, will bring this proposal at the 11th session of the PCT working group to take place from June 18 to 22 at the WIPO headquarters in Geneva. Public health activists have urged the Indian delegation to resist the move.

“This rule has been floated for some time. But India has been opposed to the harmonisation of patentability criteria and any attempt to do so will be opposed by our mission there. We can harmonise certain issues like being part of PCT, but patentability criteria is a country’s sovereign right. Any decision on that can only be done by modifying TRIPS and not decided by few countries,” said Rajiv Aggarwal, joint secretary in the Department of Industrial Policy and Promotion.

The proposed rule states once the patent office functions have been delegated, the delegated office would “assume all rights and obligations in respect of the ‘delegating’ country”

The UN Secretary-General’s High Level Panel on Access to Medicines had recommended that multilateral organizations like WIPO should strengthen the capacity of national and regional patent examiners to apply criteria that are sensitive to public health concerns. However, this proposal could weaken national patent examination capacities.

Unlike India, which has set a very high bar for a patent to be granted, countries like the US grant patents even for new dosage forms of medicines and new drug delivery systems. Hence, functions being delegated to a country like the US would effectively mean the application of the same criteria in the country contracting out its patent office.