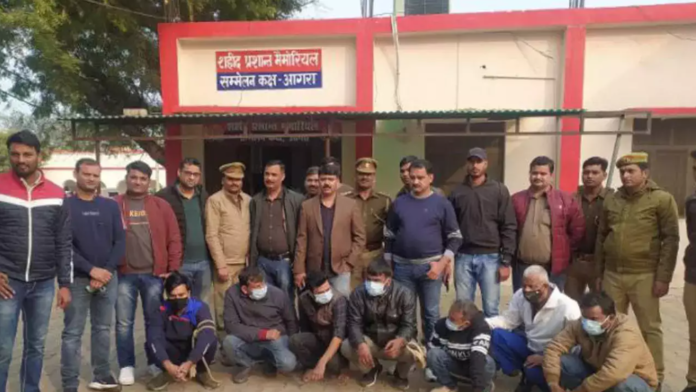 The team arrested seven miscreants, including the kingpin of the gang, and recovered 302 units of blood kept in ice bags, 21 forged documents of a charitable blood bank of Krishna Nagar, 7 mobile phones, Aadhaar, ATM and PAN cards, two cars and Rs 20,000 in cash from them.

STF deputy SP Pramesh Shukla said that the team was tipped off about the smuggling of the human blood and a team consisting of STF sleuths and assistant commissioner, drug, Manoj Kumar and drug inspector Madhuri Singh conducted a raid at the hospital.

“The team found a car laden with packets filled with blood stopped at the gate of the hospital and two of the accused carried the cartons filled with blood packets inside the blood bank at the hospital. Two other miscreants remained seated in the car. The team rounded them all and interrogated them. They disclosed the names of their aides and the police arrested them also,” said Shukla.

In his confession, Naushad said he and his aides had supplied two cartons filled with blood packets to Narayani Blood Bank in Krishna Nagar and two cartons to Midlife Blood Bank.

Naushad said he completed his DMLT diploma from Ramchandra Institute of Paramedical Sciences in Prayagraj and had also worked as lab technician at Ambika Blood Bank in Jodhpur.

He also disclosed that some charitable institutes used to collect blood bags organizing blood camps in Rajasthan and used to sell these blood bags at higher rates to smugglers using forged documents.

He said that he and his aides were supplying the blood bags in Lucknow, Bahraich, Unnao, Hardoi and other districts procuring them from different cities in Rajasthan.

An STF official informed that the racketeers were linked to blood banks in different districts of Rajasthan where the practice of collecting blood illegally from different donors was prevalent. He said they purchased blood units from different blood banks of Rajasthan’s Jaipur, Chamu (Jodhpur) and Sikar districts for ₹700 and Rs800 and sold it to blood banks in Lucknow and its adjoining districts with huge margins. He said it was found that these smugglers did not even maintain cold chain required to preserve human blood.