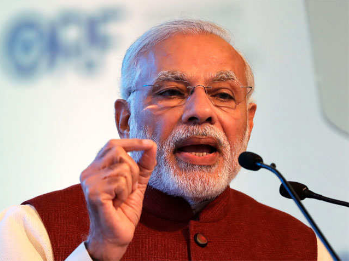 Mumbai: The ‘Ayushman Bharat – National Health Protection Mission’ (AB-NHPM), which is popularly known as Modicare and is expected to be announced by the Prime Minister on August 15, will not have much of an opportunity for insurance companies. As many as 23 states are understood to have decided to take the ‘trust’ model instead of buying a group cover from insurers.

G Srinivasan, who stepped down as chairman of New India Assurance last month, said, “A trust, which will get the money allotted for the premium, will take over the job of the insurance company. If there is a shortfall in funds allocated, the government — probably the state government — will have to make good as there is no entity that takes on the risk like in an insurance model.”

Some of these 23 states are adopting a hybrid model where they would buy insurance for a small amount of up to Rs 50,000 per family as against a cover of Rs 5 lakh under the scheme, which insurers describe as the ‘burning layer’ — or the portion of the sum insured where the maximum claims occur. Gujarat, West Bengal and Tamil Nadu are understood to be going for the hybrid model.

When the scheme was announced with benefits of up to Rs 5 lakh for 10 crore families, many had expected that it would give an instant boost to the general insurance industry. But now, with a total premium outlay of Rs 10,000 crore, it could have less of an impact than the crop insurance scheme that brought in more than Rs 20,000 crore of premium.

According to insurers, their experiences in managing large schemes like the Rashtriya Swasthya Bima Yojana can make a huge difference to the AB-NHPM. Future Generali head Shreeraj Deshpande said, “Insurance companies have gained significant experience in fraud analytics and fraud management in large schemes.” Besides this, insurers bring the advantage of distributing risks as they underwrite across the country, whereas trusts will be doing business within individual states. “Third, when incomes improve and people move out of the scheme, insurance companies can provide a smooth transition to a self-funded scheme,” said Deshpande.

According to Segar Sampathkumar, former head of health insurance at New India, the AB-NHPM could trigger growth in health insurance in two ways. First, by creating an aspiration among those who are not covered under the scheme and, second, by creating additional private healthcare capacity in rural areas. “What is needed is a way to measure the success of the scheme by measuring improvement in health over a period of time and not just by the number of people treated or money spent,” said Sampathkumar.