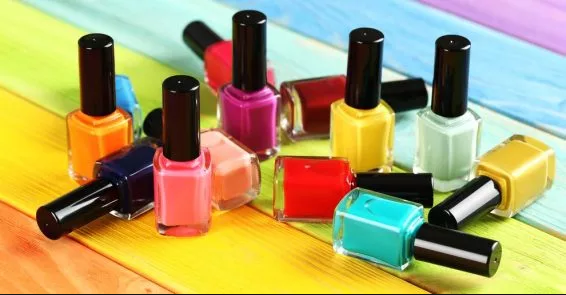 Nail polish, a very common product used by most of the women in India. But everyone is not aware of the potential health effects of nail polish. Though various manufacturers fooling their customers with labeling their products “N-Free” which signifies they are free from toxic ingredients but it’s not true. According to the report published in the Environmental Science & Technology, these labels aren’t always accurate, and reformulated products aren’t necessarily safer.

In the year, 2000 the concerns arose regarding the use of Plasticizers di-n-butyl phthalate (DnBP) which improves the flexibility and chip resistance in the nail polishes but its a reproductive and developmental toxicant. Then manufacturers replaced its usage with the other plasticizers. New nail polishes came to the market with the new labeled like “3-Free,” which means the products are free from the “toxic trio” of DnBP, toluene, and formaldehyde.

Manufacturers start following the trend and now products are labeled N-Free to signifies the product is safe and free from 13 different chemicals. However, there’s little standardization about which chemicals are excluded but recently some reports proved that some substitutes like the plasticizer triphenyl phosphate (TPHP) is also harmful. This case raised the concern that one toxic replaced with another toxic and this is called “regrettable substitution.”

Anna Young and colleagues studied DnBP substitutes in the nail polish and then analyzed the types and accuracy of plasticizer labeling. This study helps in giving producers, consumers and nail salons guidance in designing and selecting safer nail polish materials.

40 different nail polishes get examined by the scientists and found manufacturers have generally removed DnBP and are reducing the amount of TPHP they use. But some producers are using toxic substitutes, like bis(2-ethylhexyl) phthalate, sometimes without disclosing the compounds.

Labeling is not always accurate. Anna Young said that with this simple standardization or validation of the claims, it’s challenging for consumers and nail salon workers to know what these labels really mean for health. Anna young also added that it’s not as simple as what substances aren’t in nail polish; we have to address harmful chemicals still present or added as substitutes.