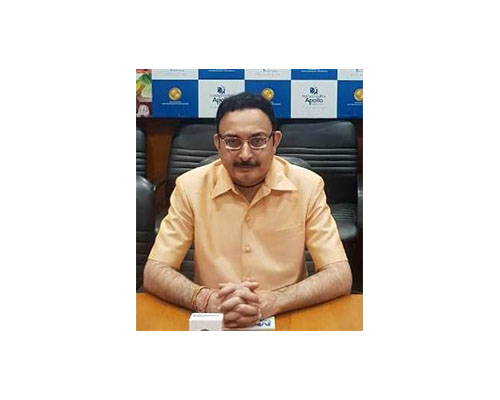 New Delhi: National Vascular Registry of India suggests need of mass screening in India to stem the tide of vascular (related to blood vessels) diseases. 2nd 3 day Asia Pacific Vascular Intervention Course (APVIC) opens on June 28 with first such Registry, vital for any disease management. India is one of the worst scenario cases of vascular diseases.

Dr. (Prof.) N.N.Khanna, Chairman of Asia Pacific Vascular Society and Sr. Consultant, Interventional Cardiology and Vascular Interventions in Apollo, in a press conference, briefed about the particulars of events. Dr Khnna said, ‘It is the first National Vascular Registry in India. Though it is a limited data for now, its beginning is a watershed in the vascular diseases management in India. It will go a long way in prevention and treatment of vascular diseases.’

Dr Khanna further said, ‘The discussion will be great deal about predictability of vascular diseases. The difference between blood pressures of leg and hand can go a long way in predicting many potentially fatal vascular events. Blood pressure and its related issues will be one of the important aspects of discussion in APVIC. The impotence will be prominently discussed as it is a marker for future vascular diseases. If a man is impotent, it is certain that in times to come he will have cardiac diseases and other vascular conditions. APVIC will stress the need of right measurement of blood pressure in India.’

APVIC will be a veritable Kumbh of Vascular Specialists from all across the world. About 1800 delegates will assemble to talk about scenario of cardio vascular diseases in the country and various recent innovations which can help tackle the disease burden. About 80 International faculty and 13 international societies are participating. Among many live vascular interventions, two will be relayed from USA. One of the highest points will also be that heads of 150 medical colleges in India have sent two each of their junior doctors of the speciality to take part in the deliberations.

Dr Khanna also highlighted the scenario of cardio-vascular diseases (CVDs) in the country and various recent innovations which can help to tackle the disease burden.

Dr Khanna stated, “The 11th chapter of APVIC will witness participation from renowned doctors from all across the globe. This year, the focus will be on the increasing rise of cardio-vascular diseases in the country. It’s estimated that a quarter of all deaths in India are attributed to cardio-vascular disease (CVD). In fact, the age-standardised CVD death rate of 272 per 1,00,000 population in India is higher than the global average of 235 per 1,00,000. Ischemic heart disease (IHD) and stroke, together constitute towards CVD mortality in India (83%). This impacts the rich and poor equally. CVDs impact Indians in their most productive years of mid-life, as compared to people with European ancestry.”

Dr Khanna compared the alarming rise of IHD over the last few decades in the country, “The prevalence of IHD in 1960 in urban India was 2%, and increased 7-fold to approximately 14% by 2013. Similarly, it more than quadrupled in rural areas, from 1.7% to 7.4% between 1970 and 2013.” Along the same line, he explained that early onset of incident myocardial infarction (heart attack) is increasing in South Asian population. Comparing the prevalence of ischemic heart disease across Indian states, the highest was found in Kerala, Punjab, Tamil Nadu and Maharashtra.

Shedding light on the incidences of Peripheral artery disease (PAD), Dr Khanna elucidated, “According to a study, we have been able to gather that in South India’s urban setting, population at or above the age of 20 years showed PAD prevalence of 3.2%. The prevalence of PAD was more in women despite the fact that major risk factors like diabetes and hypertension were not higher in women.” “Incidence of hypertension is expected to double by 2025,” Dr Khanna stated. “The prevalence of hypertension in adult Indians is estimated to be 30%, out of which 34% is in urban areas and 28% is in rural areas. The number of individuals with hypertension is expected to double from 118 million in 2000 to 213.5 million by 2025. In India, the average blood pressure has increased in the past two decades, whereas in most Western nations it has declined. Also, in the urban areas of India, the prevalence of diabetes mellitus has almost doubled in the past 20 years, from 9% to 17%, and in rural areas it has nearly quadrupled, from 2% to 9%. It is estimated that the number of individuals with diabetes mellitus will increase to an alarming 101 million by 2030,” Dr Khanna concluded.