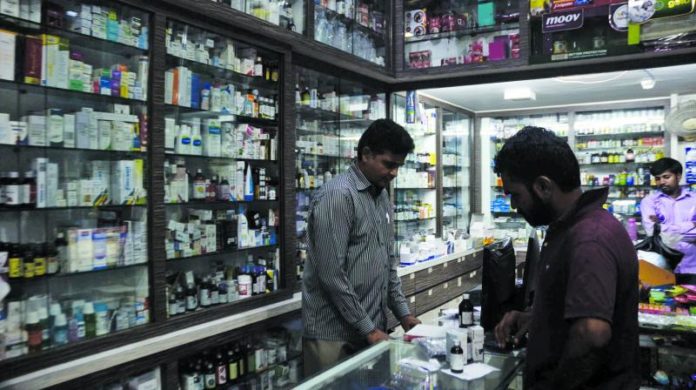 To protest against the introduction of e-pharmacy, All India Organization of Chemists & Druggists (AIOCD) called the day long pharma bandh or nationwide 24-hour pharmacy shutdown had a mixed impact on medicine retail sector across the country.

On the strike day, all the Pradhan Mantri Jan Aushadhi Stores and pharmacies attached to hospitals kept open as usual, and 50% of the medical stores run by the members of AIOCD-affiliated bodies in various states remained closed. According to information from regulatory officers, there was no incident reported for non-availability of medicines.

It is also get noticed that all the state branches of the AIOCD not fully supported strike ad kept open. There is no impact in the Haryana state and in the northeastern states. 20 out of 22 districts in Haryana had no impact of the strike call.

The chief minister of Uttar Pradesh also requested directly to the chemist owners from Varanasi and Gorakhpur districts to withdraw them from pharmacy strike. And after the request, the district committees of these two districts decided not to close their shops.

Sharat Mehrotra, organizing secretary of the Haryana Chemists & Druggists Association (HCDA) shared the strike call by AIOCD was not planned on appropriate time and was unwanted as the government given 45 days time to the public to submit comments on the draft. AIOCD and members of the pharma community can also share their opinion about e-pharmacy till October 10.  So the decision of Strike should be taken after this period.

M Sivabalan, DCA director, TamilNadu told to the media that drug inspectors and ADCs had formed a special cell to give pharmacy services to the people in emergency cases. The DCA also requested the chemist community to reduce the time of their strike from 24 hours to 6 hours.

60% of chemist shops were closed in Odisha. These shops are coming under the chemist & druggist association (UCDA) and remain closed on strike day in urban areas. Mamina Patnaik, drugs controller of Odisha government said that the government made arrangements to tackle this and not allowed traders to play with the lives of the people. A president of UCDA, P Satya Narayana, claimed that their strike was 100% successful in his state.

North- Eastern states didn’t evoke any response on The AIOCD called the strike, especially in Assam and Tripura. In Assam, many pharmacy traders belong to Assam Registered Pharmacists Association (ARPA) and they opened their pharmacies at 7 am and did not take part in the strike.  All the community medical shops, except the medical shops of Tripura CDA office-bearers, worked as usual in Tripura.