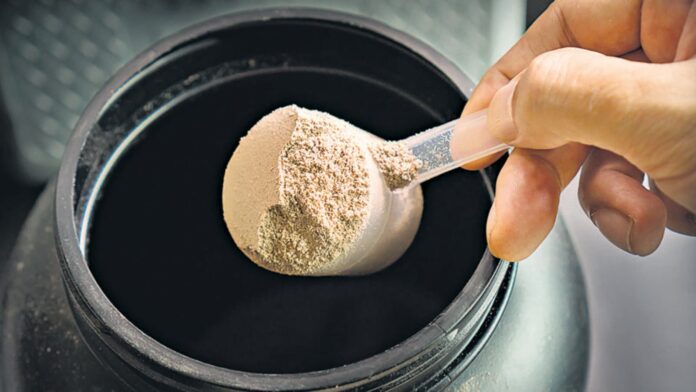 Of the 144,345 samples tested during the survey conducted by the country’s food regulator, 4,890 were found to be unsafe.

Nearly 15% of protein supplement samples tested for quality were found to be unsafe for consumption in a survey conducted by the food safety and standards authority of India (FSSAI), people familiar with the matter said on Monday.

FSSAI, the country’s top food regulator, conducted the survey between 2021 and 2022, in a bid to curb sale and distribution of substandard dietary supplements, which have gained popularity among fitness enthusiasts.

Another 11,482 samples were found to have labelling defects and misleading information on the packaging, the people said.

Protein powder is usually consumed as a dietary supplement for building muscle, and formulations typically involve a wide variety of additives.

The food regulator has initiated criminal proceedings against at least 4,900 defaulters, with civil cases being initiated in 28,906 other cases, said the people.

Apart from dietary supplements, the food regulator has also been working with stakeholders to implement curbs on circulation of nutraceuticals, which are sold as alternatives to pharmaceuticals with properties of both pharmaceutical and nutritional products, and to regulate mislabelling of ingredients.

In 2016, the regulator began the process of reigning in sale of these products by way of formulating rules for eight categories of foods, which included carrying detailed descriptions of their composition.

Under the rules, Food Safety Standards and Regulations, 2016, these foods were not permitted to contain hormones, steroids or psychotropic ingredients.

The quantity of nutrients added to these food items shall not exceed the recommended daily allowance as specified by the Indian Council of Medical Research and accepted by FSSAI.

FSSAI also roped in the Confederation of Indian Industry (CII), to establish a Resource Centre for Health Supplements and Nutraceuticals (ReCHaN), in partnership with International Alliance of Dietary/Food Supplement Associations, and initiated dialogue with stakeholders on accepting internationally recognized practices.

“Quality assurance of products in market is of primary concern of the food regulator and surveys are commissioned often to known the situation on ground like a national level milk survey was also commissioned a few years ago that provided an insight into what was being sold in markets across the country,” said a senior central government official, requesting anonymity.

“Consumption of health supplements and micronutrients without medical supervision anyway can lead to health consequences, and if the quality of the product is substandard then it can further increase the harmful effects to your kidneys and other vital organs. FSSAI has become strict with regulatory compliance,” said Ritika Sammadar, regional head, dietetics, Max Healthcare.